Sean O’Malley has given an honest assessment of  his upcoming match-up with former bantamweight champion Petr Yan at UFC 280 in Abu Dhabi. The 27 year old is not scared of losing a fight because he is convinced he will win the title eventually.

O’Malley has garnered a massive following since signing with the UFC four years ago due to his flamboyant look and highlight reel knockouts. Despite this success he has never beaten anyone ranked inside the top ten and Yan will represent a massive step up in competition.

He told ESPN he was confident of beating Yan

O’Malley lost his first UFC fight when he was stopped by Marlon Vera. He boasts a 12-1 record but says that he he is so confident of eventually winning the title that there is no fear of losing,

“Every fight that I go into, I’m okay with losing. I’m not attached to I have to win this fight. I’m gonna be a world champ someday, 100%. I’ve never been scared of losing, so I think the closer the fight gets, the more confident I’m gonna become.”

O’Malley can definitely be confident he is not going to lose his spot on the roster. The charismatic bantamweight believes he is the biggest name in the division and says he is surprised Yan took the fight.

Standing 5’11” he is also one of the tallest and thinks Yan might have been reluctant to face him for this reason,

“Petr’s 5’4″, 5’5″ maybe (so) I’m surprised he took the fight. There’s a reward though (because) I’m the biggest name in the bantamweight division. I’m one of the biggest names in the UFC right now so in that sense I’m not surprised.”

.@SugaSeanMMA had the crowd laughing 😅 #UFC276

The only top ten opponent O’Malley has fought was #9-ranked Pedro Munoz at UFC 276. The bout was stopped in round two due to an eye poke and ruled a ‘no contest’.

O’Malley thinks he was winning the fight when it was stopped and is looking forward to being able to show fans what he is capable of when he faces Yan at UFC 280.

“I think I was dominating over Pedro so I think I’m going to show my true skillset against Petr. I think I would have been (happy) had the fight kept playing on.” 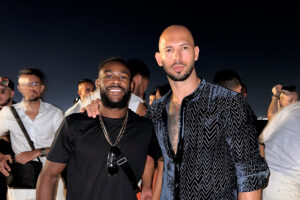