Seung Woo Choi will be back in action at UFC Vegas 18 on February 6th. But the Korean’s opponent has been switched again with Collin Anglin replaced by Youssef Zalal.

The event will take place at the Apex Centre in Las Vegas. Choi’s original opponent Steven Peterson was forced to pull out with an injury and Anglin replaced him only for the American to pull out.

In his place steps Zalal (10-3). The Moroccan had originally been booked to face Choi at UFC Fight Island 5 last October. Instead he found himself dropping a decision to Ilia Topuria.

Choi (8-3) celebrated his first ever win inside the octagon at UFC Busan. He beat Suman Mokhtarian by decision but did not fight at all in 2020 after seeing a couple of fights fall through.

The event will be headlined by a heavyweight fight between Alistair Overeem (47-18-0-1) and Alexander Volkov (32-8). The 2019 K-1 World Grand Prix winner is riding a two fight winning streak and looking to secure a title shot.

Also on the card will be former Rizin bantamweight champion Manel Kape (15-4) who makes his UFC debut. He faces Alexandre Pantoja (22-5) in a flyweight fight. 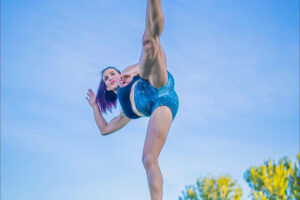 Song Yadong: ‘I know I can knock out Julio Arce’