Tatsuro Taira has signed with the UFC. The reigning Shooto flyweight champion will become the fourth Japanese fighter currently on the promotion’s roster.

His management confirmed the news on Twitter earlier today:

Taira boasts a perfect professional record of 10-0. He enjoyed success as an amateur before making his pro debut with Shooto in 2018.

At Shooto 0712 last year he challenged Ryuya Fukuda for the flyweight title. Taira won that fight with a first round submission but would never get to defend the belt.

He joins Japanese fighters Takashi Sato, Mizuki Inoue and Kanako Murata on the UFC roster. The country’s influence on the international scene has waned in recent years with only a handful of fighters enjoying success outside of Japan.

But time is on Taira’s side. He celebrated his 21st birthday last month and is already a veteran of 19 fights as a professional and amateur.

He has also beaten some experienced opponents like Fukuda, Yoshiro Maeda and Kiyotaka Shimizu with eight out of his ten wins coming inside the distance. It was enough to earn him a UFC contract and Taira will be making his international debut in 2022. 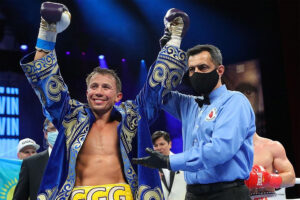