It seems that Tenshin Nasukawa has a surprising pet. The Japanese kickboxer took to Instagram to share a photo of himself with a stag beetle.

The Instagram post leaves us with a lot of questions but you can see it for yourself here:

Tenshin also shared a photo of a cheesecake along with a caption that translates roughly as ‘summer nights’ which presumably isn’t a reference to the famous song from the musical John Travolta movie ‘Grease’. While we can’t claim to be experts on insects apparently this is a Miyama stag beetle.

Miyama stag beetles live underground and are only spotted during the months of July and August. Tenshin’s Instagram post was published a couple of days ago so the timeline fits.

Honestly this leaves us with a lot of questions. Where did he find the stag beetle? Why did he take a photo with it? Is it his pet? Does it have a name?

But most confusing of all is the cheesecake. What does that have to do with anything?

It’s just another day in the life of the weird and wonderful Tenshin Nasukawa. Champion kickboxer, cheesecake connoisseur and stag beetle collector. 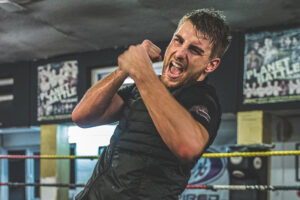 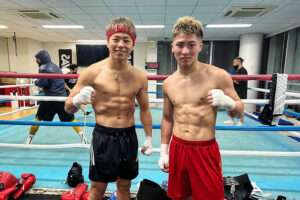