Kiril Gorobets has signed with ONE Championship. The Ukrainian lightweight has won nine fights in a row and won the WWFC lightweight title last year.

The signing was announced on the official WWFC Instagram page last weekend:

Gorobets holds a 11-1 record. The 27 year old has not lost a fight since 2015 but has spent his entire career competing in the old Soviet Union.

He won the interim WWFC lightweight title after submitting Kyrgyzstan’s Rinat Sayakbaev with a Peruvian necktie in 2019. The following year he became the regular champion after scoring a decision win over Aleksandr Gorshechnik, one of Ukraine’s top lightweights.

ONE Championship has added numerous fighters from Russia and the countries surrounding it in recent months, although primarily in the higher weights. Abdulbasir Vagabov, Anatoly Malykhin, Kirill Grishenko, Daniyal Zainalov and Shamil Abdulaev have all signed with the Singapore headquartered promotion.

Gorobets will be fighting in one of the most competitive ONE Championship divisions. Christian Lee is the reigning lightweight champion, Ok Rae Yoon and Shinya Aoki are among the top contenders while Eddie Alvarez is also looking to get back in the mix despite some disappointing results.

Arjan Bhullar runs the rule over the ONE Championship heavyweight contenders 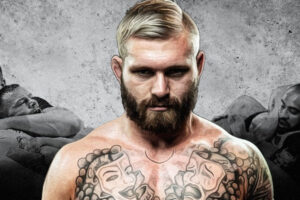