What happened to Bharat Kandare?

In 2017 Bharat Kandare was on top of the world. He became the first Indian fighter to ever sign with the UFC, appearing on a fight card headlined by Michael Bisping.

He would have received a career high pay day despite losing to Yadong Song at UFC Fight Night 122. The Indian was subsequently handed a winnable sounding fight at UFC 227, a pay per view fight card featuring two title fights.

Kandare pulled out of that fight with an injury but would go on to fail an out of competition USADA drug test. He tested positive for exogenous boldenone and tamoxifen and was handed a two year ban.

That ban ended in November, 2020 but Kandare  has yet to make his second UFC appearance. He does not appear to have been released and his profile is still active on the promotion’s website. 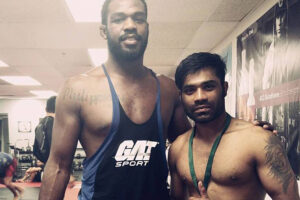 Khandare does not seem to have a presence on social media at all which is very unusual for UFC fighters in the modern age. In 2020 an Indian website appealed for financial support after the bantamweight declared he was struggling financially ahead of a possible UFC return.

The UFC website is regularly updated to reflect cuts that the promotion has made to its roster. Kandare’s profile is still up there and the official Twitter account even wished him a happy birthday earlier this year.

Wishing all these UFC athletes a Happy Birthday! ???? pic.twitter.com/uSnRCgeJxw

The most recent update from India did not sound particularly positive. Khandare supposedly declared this year that,

“I’m currently alone with my mother and she is not keeping well. I cannot leave her and go to fight. Hence, I will be taking a break from fighting for three or four years. And If I feel that I can get back into the cage after that long break, I might get back.”

Kandare will be 33 next year and hasn’t fought since 2017. So it is not exactly the ideal time for the Indian to take a ‘three or four year’ break from the sport.

It doesn’t sound like Kandare is close to making a comeback and it is not clear what he has been doing for the past four years. For the time being fans are left wondering what happened to the UFC’s first ever Indian fighter? Vitor Belfort signs with ONE Championship 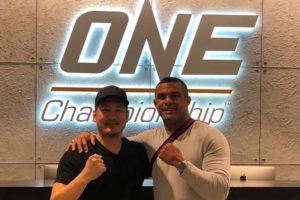 Vitor Belfort in talks with ONE Championship