Very few UFC fighters come from wealthy backgrounds. But what constitutes poverty in China probably looks very different from what most people in the US would regard as financial struggle

Yan Qihui knows all about poverty. She fights Karine Silva at Dana White’s Contender Series tomorrow (local time) in Las Vegas and explains exactly what a win could mean for her and her family,

“In my family I have my grandpa, my mum and younger brothers and sisters. Our living conditions are hard so we can’t really afford the basic life provisions like we can’t pay for food like rice,’ she told UFC.com. 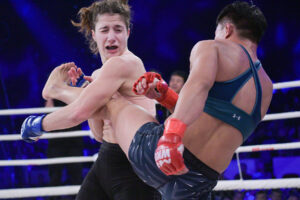 In MMA a fighter can transform their career with a single win and this is seldom more evident than in the DWCS series. A good performance can earn a lucrative UFC contract, whereas a disappointing showing will send you straight back to the regional scene.

Qihui is well aware of what the stakes are as she prepares to fight in the US for the first time,”

She trains at the Xian Sports University which has produced UFC stars like Jumabieke Tuerxen. But having run up an impressive 16-4 record she credits her success to her family,

“My family gave me the motivation to become the most dangerous fighter, they made me who I am today.” 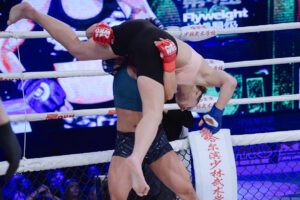 The majority of her 16 victories have come inside the distance, she has only won by decision twice. Qihui does have two submission wins on her record but acknowledges this is not where her strength lies,

“If this fight stays on the feet I think I can knock out my opponent. If the fight goes to the ground I will try to stand up, keep it on the feet. If she wants to grapple with me I am confident I can play with her.”

Of course even an impressive win does not guarantee a contract offer from Dana White. But some fighters have earned a spot on the main roster despite losing at DWCS and Qihui is just desperate to catch the UFC president’s eye,

“I’m really excited and happy because fighting in the UFC is the dream of MMA fighters and I am getting closer to my dream. I want to say to Dana if you give me the contract I won’t let you down. I will be the champion.” 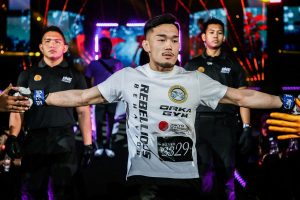