When a fighter has been active for as long as Yoshihiro Akiyama you tend to think of them as being first and foremost a mixed martial artist and forget about their roots and origins.

But every veteran has to start somewhere and Akiyama, who makes his comeback at ONE: ‘Legendary Quest’ on Saturday’, will never forget the martial art which set him on the road to super stardom,

“ONE Championship is an organization that values the fundamentals, such as manners and respect for your opponent. These are things I learned through judo,” he explains.

Before Akiyama fought for the UFC, K-1, Dream and now ONE Championship he was a decorated judoka who had enjoyed success at the highest level,

“Although Iâ€™ve won a lot in judo, the most meaningful wins were from the World Judo Championships,” he recalls. 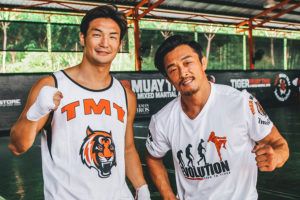 However judo taught Akiyama about more than just how to win,

“Of course, I love competing, but what really drew me to judo was the etiquette involved. I learned a lot from that. I think thatâ€™s the most appealing aspect of judo.”

Akiyama is a veteran of 22 MMA bouts and has finished opponents with both strikes and submissions. The 44 year old earned multiple â€˜Fight of the Nightâ€™ bonuses during his UFC career but credits judo with giving him a base to beat some of the best middleweights of the era,

“The importance of judo to a mixed martial arts fighter is evident by watching my fighting style. The technique of being able to throw or knock down an opponent is a necessary technique, so I think judo is very important for mixed martial arts.” 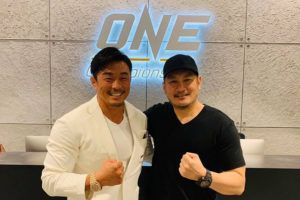 Being able to represent judo is clearly a motivator for Akiyama as he prepares to return to competitive fighting after a four year absence. He is facing an opponent 20 years his junior at ONE: ‘Legendary Quest’ and says he has been doing some research,

“What I know about Agilan ThaniÂ is that he is young, good at striking, and good at wrestling. I think he is a tough fighter.Â Iâ€™ve been able to watch all his fights through the ONE Championship website andÂ study him.”

It was something of a surprise when Akiyama signed with ONE Championship. He has earned enough to retire from the sport but said he still feels that competitive urge,

“The reason I wanted to participate in ONE ChampionshipÂ is because of my strong desire to challenge myself with new things.” 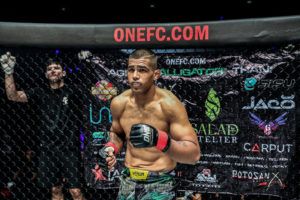 In MMA terms Akiyama is far more experienced than Thani. The Malaysian was just nine years old when the Japanese veteran made his professional debut.

But regardless of the amount of time he has been a professional fighter Akiyama thinks that this battle could come down to the two fighters and their respective martial arts roots,

“Because I have Judo experience and he has wrestling experience,Â I think thereâ€™s a big chance most of the fight will take place on the ground,Â and come down to strikes.Â My current strategyÂ  is to use my judo experience.”