Andre Soukhamthath has a lot in common with ONE Championship superstars Martin Nguyen and Aung La Nsang. He grew up in the west but his roots are in Asia, and he is hoping to follow in  the footsteps of two of his training partners.

Soukhamthath, whose parents are from Laos, was recently released by the UFC. He has spent time training at Hard Knocks 365 in Florida with both Nguyen and La Nsang and wants to emulate their success in Asia.

Being nicknamed ‘The Asian Sensation’ is a good start. And Soukhamthath says he already has a lot of fans in Laos,

“I have actually a lot of Laotian fans. There’s a lot Laos people in the actual country that know who I am. When I went there after my fight in China I was walking the street and I just had random people just notice me in the airport and ask to take a picture with me.”

Following a loss at UFC Shenzhen he was handed his walking papers. But Soukhamthath can see a bright side to the situation,

“I’m a free agent. They released me after the last fight. I’m at a lot of peace right now. I’m realizing that it’s not the end of the world when I lose a fight. It’s not the end of the world event that I got released from the UFC. Of course it stinks, and I wish that I was a still a part of the organization. They’re a great company. They’re very elite but I still have options.” 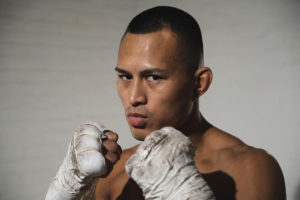 There is one option in particular which Soukhamthath has a keen eye on,

“I would love to get onto ONE Championship for sure. I think that the Asian market would fit me perfectly. When it comes to the Muay Thai fights, the kickboxing fights, the MMA fights they have nobody representing the Laos country.”

Laos is unlikely to be on ONE Championship’s radar at the moment. The country does not have an indoor venue capable of hosting a major sporting event.

But Soukhamthath feels he has the talent to hold his own on any promotion’s roster,

“I still have the skills and I still have the heart to compete with the best in the world no matter what promotion it is. I’m not ready to stop yet, I’m 31 years-old and I still love what I do. I’ve never been finished. I’ve never been outclassed. I still feel like I have a lot to prove to myself and I have a lot to show the world. My inner greatness.” 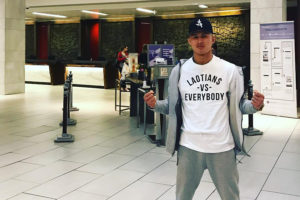 Although he’s no longer training at Hard Knocks 365 the 31 year old says he remains in contact with La Nsang,

“I actually still keep in contact with him we’ll hit each other up on social media. Aung is a big inspiration to me just because of what he was able to do for his country. That’s inspiring to me man. Just because I’m not with Hard Knocks anymore you know I didn’t break any bridges. The fighters, my teammates, they’ll always be my brothers, man.”

He also has a good relationship with Nguyen,

“Even though Martin came later onto the team, we connected pretty well. We had some good sparring sessions that were pretty memorable. We keep in touch and we’re always rooting for each other.”

Asian MMA is booming and Soukhamthath shouldn’t have to look too hard to find a fight here. However he has his sights firmly set on that ONE Championship contract,

“It would be great to be a part of that promotion because I like what they do and it would give me an excuse to go back to that country and bring ONE Championship back to Laos. I know that I would have the power to do that.”

This year saw ONE Championship hold its maiden event in Vietnam. On June 19th the promotion heads to Seoul for the first time and even though an event in Vientiane looks a distant prospect Soukhamthath feels he is a perfect match for the promotion,

“I’m always entertaining and I think that ONE likes to promote heroes. Laos doesn’t have a hero right now.”