Weili Zhang might be coming off back to back losses but there are still plenty of top contenders looking to fight the former strawweight champion. Angela Hill is the latest to throw her hat into the ring.

“I would be really excited to fight her. It’s cool that she started wrestling. I started adding wrestling to my game too. Looked like she really believed in it in that fight so that was cool to see her evolution. I think it would be a great test.” 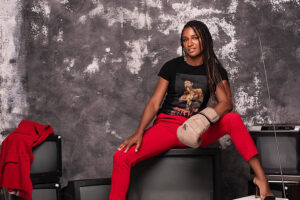 Hill also stated that she felt Rose Namajunas deserved to get the decision nod over the Chinese fighter at UFC 268,

“I thought she won. It’s weird because I think if you weigh takedowns really heavily then you would have saw it for Weili. But if you were looking at damage, if you were looking at who was really landing the more impactful shots, I think it was clearly Rose. Weili started coming back at the end, but I feel like Rose at least had the first two out of three rounds and then it was down to the last round. In the final round I think she did enough to win it.”

She also has a theory that it is impossible for the challenger to win a decision in women’s MMA,

“It was a really close fight and you can’t really be mad at that, especially when a challenger comes in to take the belt, a lot of time the challenger has to knock ‘em out. They have to finish them. And somebody on Twitter actually said something interesting, that in the women’s divisions, the belt only changes hands when someone gets finished.” Hill is currently ranked #12 while Lemos is #11. Zhang remains the #1 contender despite the back to back losses to Namajunas and the American knows a win this weekend is essential if she wants to face fighters in the upper echelons of the strawweight division,

“But I have to get past this girl (Amanda Lemos) first. If you can’t get past this girl, you’re not even getting close to a fight with Weili. So, I think that would be a fun fight but I’m focusing on this girl before I look at any of those girls in the top ten.”