A lot has changed in the last 12 years for Aung La Nsang. But one thing has remained, constant, his wife Katie Oliphant who the ‘Burmese Python’ is celebrating eight years of marriage with.

He posted some romantic photos on Instagram to mark the occasion:

In 2009 La Nsang managed just one fight, possibly because he had started dating his future wife? He beat Chris Price at Corral’s Combat Classic in Indiana.

The 36 year old would go on to establish himself as one of the biggest names in Asian MMA, packing out arenas all over this continent and becoming a household name in his native Myanmar. It is a far cry from the days when La Nsang would fight in halls and theatres in the mid west.

La Nsang would go on to win ONE Championship titles in two divisions and spearhead the promotion’s push into the Myanamar market. A lot has changed in the last 12 years but one thing has remained constant and that is his relationship with Oliphant. 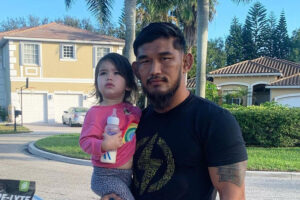 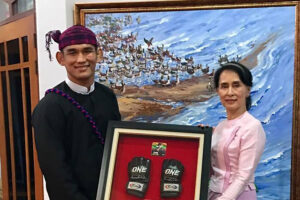