La Nsang doesn’t want another ‘fight of the year’ candidate when he returns at ONE: ‘A New Era’ this Sunday.

As much as the reigning ONE light heavyweight and middleweight champion appreciated all the compliments from his first fight against Ken Hasegawa last year, he would prefer avoiding another 20-plus minute slugfest.

While La Nsang ended up earning a brutal fifth round knockout, he looks back on that fight and sees all the errors he made that allowed Hasegawa to stick around as long as he did.

“There’s a lot of openings I missed,” La Nsang explained.

“There’s a lot of movement that I made mistakes on. I’m going to show a much more improved, much cleaner competitor on March 31st.” 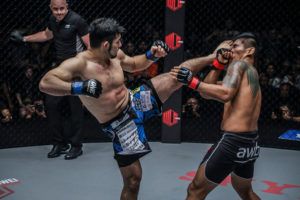 As La Nsang has become more and more comfortable with his coaches and training partners at Hard Knocks 365 in Florida, he’s become an even better fighter.

The improvements he’s made have allowed the Myanmar native to return this past October and earn a devastating first round finish against Mohammed Karaki in his latest title defense.

As for Hasegawa, he uprooted his life and moved his entire training camp to New York where he began working under head coaches Matt Serra and Ray Longo.

Hasegawa showed unbelievable durability in his last fight with La Nsang, but this time around he wants to turn the tables and celebrate with his home audience by becoming ONE middleweight champion.

“He’s training at Serra-Longo with some bangers up there. I’m sure he’s putting in that work as well,” La Nsang said.

“Stylistically what I bring to the table is much different from the guys in Japan that he had been training with. So he came all the way to New York to train and that’s great.”

“I’m doing the same as well and you can’t study that fight that we had. You’ve also got to study the camp that he’s in and what they’re known for and I feel my camp matches up very well with the camp that he went to. It’s going to be exciting. I hope he brings a new dimension of himself.” 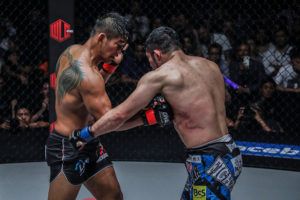 While he obviously doesn’t want to give away many secrets, ‘The Burmese Python’ promises that he’s polished up his game a lot since the first fight against Hasegawa and that will show when they clash again.

As much as he loves being known as an exciting fighter with huge knockout power, La Nsang wants to make sure he’s displaying the best of his abilities while also not taking nearly as much damage as he did the last time around.

After spending the past two years fighting exclusively in his home country of Myanmar, La Nsang admits he’s happy to venture back on the road for the upcoming card in Japan. 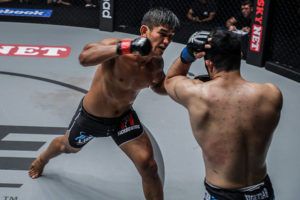 In fact, he desperately wanted to fight on this debut card in Japan because he knows the kind of time and effort that ONE Championship is putting into this marquee event. Now he wants to prove to the promotion why they have so much faith in him.

“I plan to make a statement why I belong to be on that card,” La Nsang said. “As excited as I am right now, I’m laser focused on this fight. I plan on making a statement that I’m there because I bring excitement to the fans and I bring what the fans want to see.”

He may not be big on predictions or attempting to call his shot round by round but La Nsang can make one sincere promise when it comes to the audience preparing to watch him do battle with Hasegawa this weekend.