Bantamweight Muay Thai tournament gets underway at ONE: ‘No Surrender’ Part II

ONE: ‘No Surrender’ Part II is set for Bangkok on August 14th. The event will be headlined by the first semi-final of the bantamweight Muay Thai tournament.

The main event pits former bantamweight title challenger Saemapetch Fairtex against the in form Rodlek PKSaenchaigym. The latter is riding a three fight winning streak in the ONE Super Series.

Saemapetch will be looking for his third win on the ONE Super Series. He won his first two fights by decision but was stopped by Nong-O at ONE: ‘Edge of Greatness’ earlier this year.

The co-main event is a kickboxing bout between two Bangkok based French fighters looking for their first ONE Super Series win. Lumpinee and Rajadamnern veteran Leo Pinto has been matched with former WBC welterweight champion Mehdi Zatout.

In MMA action Thailand’s Pongsiri Mitsatit (10-5) takes on Japan’s Akihiro Fujisawa (5-3). Both are on losing streaks and the former has been competing at strawweight and the latter at flyweight with this contest set for 131 lbs (midway between strawweight and flyweight). 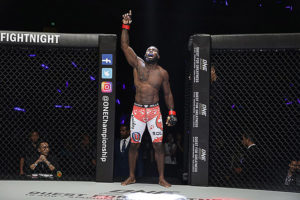