Bruno Pucci faces Kwon Won Il at ONE: ‘Inside the Matrix’ Part IV

Bruno Pucci will take on Kwon Won Il at ONE: ‘Inside the Matrix’ Part IV. The event will be broadcast on November 20th.

Pucci (7-4) is best known as being the husband of Angela Lee. But the Brazilian bantamweight holds a BJJ black belt and has been on the roster since 2013.

Kwon (8-3) has won three fights out of six for ONE Championship. His losses have all come at the hands of Japanese opponents.

The card will also feature a featherweight fight between Ryogo Takahashi (13-4) and Yoon Chang Min (4-0). The Korean has won four fights out of four for ONE Championship but faces a big step up in terms of opposition here. 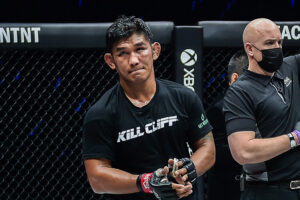