Ji Yeon Seo is a former URCC flyweight champion and has fought for ONE Warrior Series and Korean promotions Double G and Top FC.

But that isn’t the 34 year old’s main claim to fame. She is related to RM, the lead singer of the wildly successful Korean boyband BTS.

Kim featured on a recent episode of a variety show called Sporty Sisters and, of course, the rest of the cast were keen to ask her about RM. She explained that,

“We are second cousins. From time to time during holidays we see each other.” 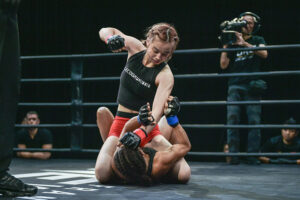 She earlier admitted that it was difficult to stay in touch with her superstar cousin due to his celebrity status,

“He’s family that I’ve seen ever since I was little, but since he became such a big star, it was hard to approach him first and try to be close.”

But Kim says RM continued to support her in her MMA career,

“He still cheered me on telling me to train hard. I purposely didn’t talk about this in fear of insulting BTS fans, but I’m proud that I have a cousin who is famous all around the world.” 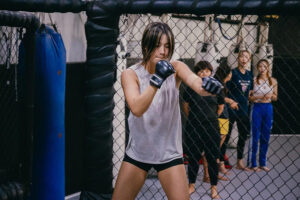 With over 25 million albums sold BTS are the most successful group in Korean history. But while Kim might not be as wealthy or famous as  her second cousin she has had success as a mixed martial artist.

Her most recent fight was at ONE Warrior Series 9 in 2019 and she finished Rocel Catalan in the first round with ground and pound. A year earlier she won her first title, finishing Geli Bulaong at URCC Colossal to become the promotion’s flyweight champion.

Her record stands at 9-4 and she looked in good shape on Sporty Sisters, handing out some MMA tips to the other cast members. But she has been embroiled in a nasty sounding legal dispute this year.

Kim accused a gym manager, referred to by the Korean media only as ‘Mr A’, of sexual assault. He is now countersuing her and this might explain why she has been out of action for so long.

Yuko Suzuki aiming to emulate her husband’s ONE Championship achievements 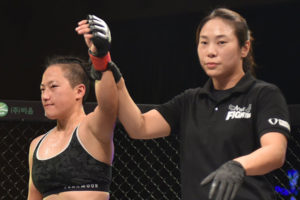