Chatri Sityodtong hosted a media call on Tuesday and gave various updates on ONE: ‘Inside the Matrix’. As well as the four title fights he announced yesterday the card will also feature the return of Eduard Folayang.

No venue is confirmed for ONE: ‘Inside the Matrix’ which is set for October 30th. But the promotion will be putting on an event in Singapore this Friday and Chatri gave more details about that,

“The big news for us is that we are working very closely with the Singapore government. Even though borders are still closed across Asia, this will be the start of our international events but we are also working with other major governments across Asia for the same thing in terms of, obviously, special Covid protocols to ensure the health and safety of our athletes, our staff and the residents of any country hosting our international events.”

Chatri earlier this week announced the first four bouts for ONE: ‘Inside the Matrix’. Today he confirmed the return of former lightweight champion Folayang alongside some of his teammates,

“I can say that on October 30th a few Filipino fighters from Team Lakay will be competing. I can say Eduard Folayang, I guess I’ll reveal one more fight on the card is Eduard Folayang versus Antonio Caruso from Australia. That will be also on the main card.”

The other big ONE Championship news last week was atomweight champion Angela Lee revealing that she’s pregnant. Chatri gave more details about the Grand Prix that is planned for the division,

“I anticipate the atomweight Grand Prix to start in January and, just in time, the winner of the Grand Prix will then face Angela Lee when she returns.”

As well as looking to host numerous shows, ONE will also begin shooting The Apprentice on October 26th. As a result Chatri will not be able to attend the upcoming events, the reality TV series requires participants to remain in a bubble. 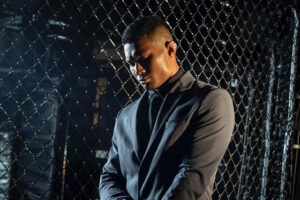