Eduard Folayang was involved in a fight which was a contender for â€˜Comeback of the Yearâ€™. Unfortunately for the Filipino he was on the losing side as Eddie Alvarez snatched a submission victory from the jaws of defeat at ONE: ‘Dawn of Heroes’.

The former champion was the latest in a long line of ONE Championship fighters to tell the promotionâ€™s official website who he wants to fight next. There is only one name on Folayangâ€™s mind,

â€œItâ€™s definitely Eddie Alvarez. I want to face him again.â€ 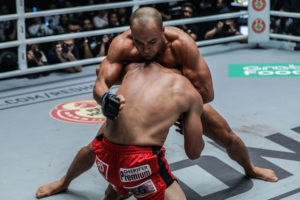 Folayang dropped Alvarez with leg kicks at the MOA Arena in Manila. Had he taken a step back, allowed his opponent to get back up and continued with the same strategy he would almost certainly have won the fight with.

But instead Folayang dived straight into Alvarezâ€™s guard and the rest is history,

â€œI have a lot of regrets. I made a lot of mistake, if given the chance (to rematch Alvarez) I believe my performance would be a whole lot better,â€ he said. 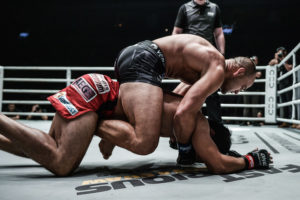 Alvarez is a BJJ black belt. But Folayang admits he was under the impression that the former UFC and Bellator champion was not good on the ground,

â€œI definitely got careless in that match. We expected Eddie to be more of a striker so I was confident when the match hit the ground.â€

Alvarez went into that fight with an ankle injury. It might have made him more vulnerable to the low kicks but Folayang failed to capitalise on the opportunity.

He has to live that regret and the Filipino would love nothing more than to be given a second chance by the ONE Championship matchmakers,

â€œIf there would be a rematch, Iâ€™d address my issues in the ground, and hopefully, Iâ€™ll be better this time around.â€