Chen Rui has only ever been beaten once. The Chinese bantamweight has an opportunity to bounce back from that recent defeat at ONE: ‘Mark of Greatness’ on Friday night.

He faces local favourite Muhammad Aiman at the Axiata Arena in Kuala Lumpur and says be has made a lot of progress since losing his last bout,

“After the last match, I have been continuously strengthening my jiu-jitsu skills. I also made a lot of progress mentally, finding a balance between intensity and relaxation.”

Rui was undefeated going into that fight with Troy Worthen at ONE: ‘Masters of Destiny’. He was stopped in the second round and it is the sort of setback a fighter doesn’t forget. The 23 year old is determined to get back to winning ways this Friday but faces a tough test against the experienced Aiman,

“He is a very complete opponent, able to use both hands well. He is more of a stand-up type, but also good with his ground skills. He has good durability and is fast-moving, but he is not too powerful. I will try to force him to exchange with me.”

Having seen his previously unblemished record slip to 7-1 following the loss to Worthen he hopes this next fight will be the beginning of a new winning streak,

“This match is very important to me. Because I had a great record before, I need this match to help rebuild my career. This match is a new beginning for me. I will try my best to show all my skills. I want to win a fight with no dispute.” 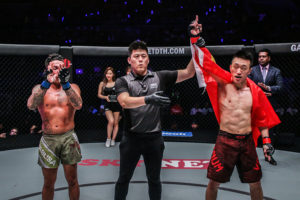 Him and Aiman have similar records, similar levels of professional experience and are almost the same age. The parallels are obvious but it is the Malaysian who will have the crowd at the Axiata Arena on his side,

“Because he will have the support from his home fans, I will definitely have a bit of stress, but this also gives me more motivation,” Rui said.

However he would love nothing more than to bounce back immediately from that second round stoppage. Rui thinks finishing Aiman within the same time frame would be the perfect way to do it,

“I will try to be quick, I will be more prudent, and I won’t give him many opportunities. I will try my best to win in the second round.” 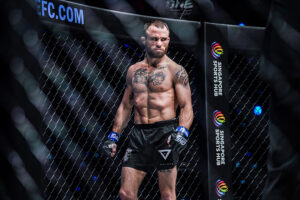 We are back! Jarred Brooks confirms next fight 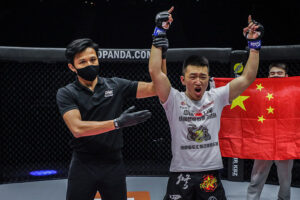