When Christian Lee left Japan following the ONE: ‘A New Era’ card, he did not expect the message he received after landing back at home in Hawaii.

Following Shinya Aoki’s first round submission win over Eduard Folayang to take back the ONE lightweight championship, he mentioned Lee as a fight he would be interested in taking while awaiting the winner of the ongoing ONE Lightweight Grand Prix.

It was an interesting call out for a number of reasons including Lee being a featherweight as well as the two fighters training together for several years at Evolve MMA in Singapore.

“It really came out of nowhere,” Lee says about the call out. “After Shinya’s fight, I was congratulating him, we’re pretty good friends. I was congratulating him on his title and then I go home and I read that he called me out after his fight at the press conference. There’s no bad blood between us but for me it’s just the perfect opportunity to give me a shot at the lightweight belt.”

However Lee admits the call-out came as something of a surprise,

“It did come as a surprise, I’m not going to lie. Shinya, I respect him and he just won the belt and he wants to test himself against the top fighters in the world. So it gives him a perfect opportunity to defend his belt against a new generation fighter like myself. It also gives me a shot at the lightweight belt so it’s a win-win situation.” While a lot is being made about Aoki and Lee being teammates, the 20-year old Singaporean says that it’s actually been quite some time since they trained together on a regular basis.

In the early part of his career, Lee says Aoki was a training partner when they both worked primarily out of Evolve MMA but in recent years the reigning ONE champion has been working out of Japan while the 20 year old mostly stays in Hawaii to work out of his family’s United MMA.

“I first joined the team when I was 17 years old and at that time, Shinya was there a lot,” Lee explained.

“So from 17 to 18 (years old) we trained together quite a bit. Fast forward two or three years later, it’s been quite a while since we trained together but we maintain a good relationship. I actually cornered him at one of his fight so we’ve always been very friendly towards each other. For this, there’s no bad blood. It’s just two high level athletes wanting to test themselves.” 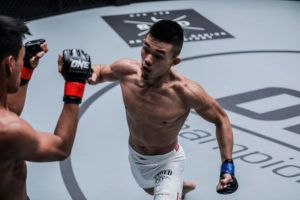 As much as he considers Aoki a friend, Lee has no problem setting that aside to face him in the ring on Friday night in Singapore.

Lee has long dreamed of claiming a title in ONE Championship and while he always thought the featherweight title would be his first, he’s more than happy to win the lightweight strap instead.

“I do consider Shinya a friend, however, when the contract is signed and the cage door closes, it’s a fight,” Lee stated.

“I take all my matches very seriously. There will be no emotions once the cage door closes.”

“After it’s done and I have the belt around my waist, I would love to be friends again. Right now, this is just the opportunity of a lifetime and I will not let anything stand in my way.” 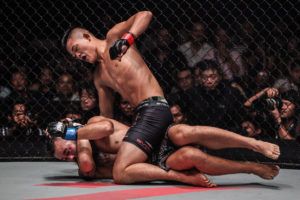 When it comes to the fight itself, Lee knows exactly what Aoki plans to do because he’s never shied away from his world class grappling game or the way he tries to submit every opponent he faces.

While that kind of attack can be somewhat intimidating to certain fighters, Lee invites Aoki to try and take him down because he’s not sure the Japanese legend will enjoy what happens when they get there.

“It’s no secret that Shinya is going to be looking to submit me,” Lee said.

“I have a feeling he’s going to look to do it quick but it’s in Shinya’s skill set whether it’s one round or five rounds, he can finish fights. That’s what makes him the toughest opponent I’ve faced so far. For me, the game plan is simple. Just do what I do best. Just mix in all the ranges of martial arts and find the finish wherever I see it.” 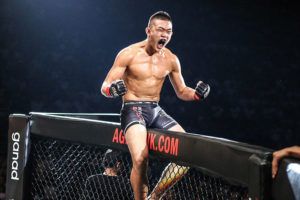 “For me, I’m not scared of Shinya’s ground game. Not one bit. I respect it and I know that he is one of the best in the grappling world but when the cage door shuts, it’s a fight. I’m going to look to finish him anyway possible, whether it be on the feet or on the ground.”

Lee respects Aoki but he has no problem offering up his own bold prediction for how he expects this fight to end.

Throughout his career, Lee has built a reputation on being a ferocious finisher and he hopes to once again live up to those expectations when he faces Aoki at ONE: ‘Enter the Dragon’.

“With all the respect in the world to Shinya Aoki, a lot of times people think me and my sister are cocky or arrogant for the way that we call our fights,” Lee said.

“There’s no other way to approach it. If you don’t feel you’re going to beat the person in front of you, you have no business being in there. So with that being said, I feel I will finish Shinya Aoki in the first round. I will submit him or TKO him in the very first round.” 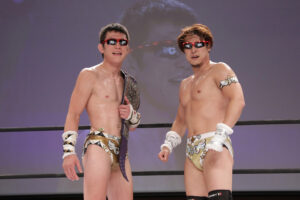 What is Shinya Aoki doing?