Christian Lee experienced some real adversity in his fight with Kiamrian Abbasov. The Hawaiian was knocked down in the opening round and seemed to be on the verge of losing the fight.

But Lee hung in there and eventually turned things around to finish the fight in the fourth round. It was a stirring comeback and he admits that by the end he was relying on ‘pure instinct’,

“Being in the championship rounds is something different. It takes the training, having the cardio to push through when time comes down to it. But it also takes a tremendous amount of mental strength to just not give yourself any second to doubt your cardio, to not even take a second to overanalyze the fight. You just have to go on pure instincts and pure training.”

It was not Lee’s first time fighting in the championship rounds. But it was the first time he had stopped an opponent at this stage of a fight and the 24 year old admits he was exhausted,

“When it came down to those championship rounds, it was everything that I’ve done in the training room just kicking in and taking over. Because when you’re that exhausted, and in my case having gotten knocked down in the first round, there’s not so much thinking going on.”

Lee was hoping to put Abbasov away quickly and still feels that he fell short of the impressive standards he has set himself,

“Looking back, I feel like I could’ve done much better in that fight. I feel like if I was fighting at my full potential that night, I could’ve finished him in the first round but I had that early knockdown by Abbasov that set me back a little bit. It turned the fight into a war, which I was prepared for anyway.”

“It was a crazy fight. I think me and Abbasov were both hurting after that fight was done. But it was a great night. I’m grateful that I was able to get my hand raised.”

Aung La Nsang was able to defend two titles during his reign as a two division champion and newly crowned welterweight king Lee is hoping to follow in his footsteps. He sees three contenders across the two divisions,

Ramazanov and Soldic fought to a no contest recently in their welterweight title eliminator and will need to rematch. Izagakhmaev is currently ranked #3 after winning his first two ONE Championship fights and looks to be next in line for a shot at the lightweight belt.

Lee was recently snubbed on an ESPN list of the top fighters in the world Under 25 getting placed at #6. Fellow Hawaiian Max Holloway was outraged and complained that his compatriot should have been top.

While Lee probably isn’t getting the credit he deserves the 24 year old is delighted to have won a second title and says he is ‘feeling great’,

“It feels great to be a two-division champion. My goal was always to win a world title, defend the belt, and then claim a second world title. I’ve done all of those things so far, and it feels so great to be pretty early in my career in the fight game and still be able to accomplish all of those achievements.” 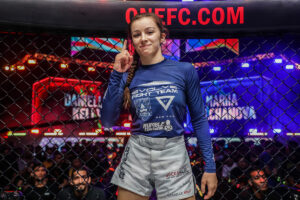 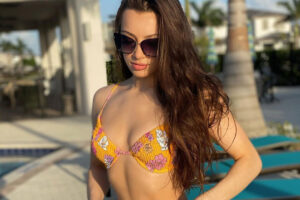