Damien Brown is coming off an impressive submission win against fellow UFC veteran Daron Cruickshank at Rizin 14. The Australian will be back in action on April 21st when he faces undefeated Japanese lightweight Koji Takeda.

Brown (18-12) snapped a three fight losing skid with the stoppage win on December 31st. At Rizin 15 the 34 year old takes on Takeda (8-0) who claimed the Deep lightweight title towards the tail end of 2018. 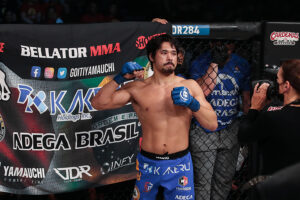