Elipitua Siregar is a veteran of six ONE Championship fights. The promotion does not disclose purses but he has presumably been well remunerated for his efforts inside the circle.

It is a far cry from his early days as a wrestler when he was forced to survive on a handout of a few dollars per day,

“My family was limited in every means. My parents were rice farmers (but) brought home enough for the family to eat.”

His older brother was a member of the national wrestling team and had moved to Jakarta. Siregar decided to try and follow in his footsteps,

“I left my home with nothing. In the beginning I wasn’t automatically enrolled to the wrestling program (and) in the first few months, Jeremy helped with the daily expenses,” he recalls.

Siregar was eventually accepted onto the national wrestling team and was put on the payroll but he wasn’t making a fortune,

Siregar’s home is over 1,000 miles away and it took him nearly three days to get to Jakarta by bus.  While his family weren’t exactly starving the young man dreamed of finding something bigger and better in the capital,

“I just went there to find a better opportunity, (it) was the dream of a better life.”

He was just 15 when he moved to Jakarta. Siregar would go on to enjoy success as a wrestler, winning several medals in local tournaments in Indonesia.

Seven years later he signed for ONE Championship. The 22 year old would go on to win his first three fights for the promotion.

He has left the big city behind and is now part of the team at Bali MMA. Later this month Siregar is set to face Robin Catalan at ONE 157 in Singapore.

It will be Siregar’s seventh appearance in the ONE Championship cage and he is going in search of his fifth win. He has come a long way since his days of struggling to make it as a wrestler in Jakarta,

“At first when I was in Jakarta, I didn’t think I’d make it. The first few months were tough, I wanted to go home almost every day (and) I thought about quitting a lot. I wanted to go back but I didn’t have any money.”

Elipitua Siregar lights up Jakarta with a slick RNC submission win over Muhammad Imran at 2:10 of Round 2! #WeAreONE #WarriorsDream #Jakarta #MartialArts pic.twitter.com/hbySQiVjKK

His life looks very different now and Siregar says he has been rewarded for his perseverance,

“Little by little, all my sacrifices paid off. Now I get to meet a lot of good people in the wrestling world and in Bali MMA, and I get to compete in a big organization.”

No-one embarks on a career in wrestling in order to get rich. It is not a particularly popular sport in Asia and during his early days Siregar was dependent upon a small monthly stipend from the national association in order to survive.

Now he has secures a level of financial security he could never have dreamed of as a teenager struggling to make ends meet in Jakarta. He is still a long way from home but he says his entire family has benefitted from his success,

“My family’s condition is much better now, a lot better than before when I was a wrestler. The difference is huge.” 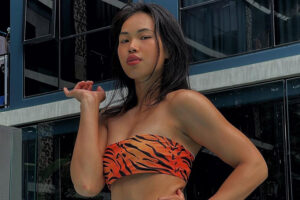