Elizeu Zaleski dos Santos is ascending up the UFC’s welterweight ladder. The 32-year-old native of Paraná, Brazil is slated to lock horns with hometown hero Li Jingliang in the co-main event of UFC Fight Night 157 tonight.

Dos Santos, who occupies the No.14 seat on the list, has registered three straight finishes over Sean Strickland, Luigi Vendramini, and, most recently, Curtis Millender.

He hopes to make it to the next level of competition despite facing an unranked opponent. Dos Santos is not too concerned about his situation.

“I’m not disappointed about not getting a ranked opponent in my next fight. It is what it is. Li is still a game fighter. He’s a very good fighter in all areas. He has good Jiu-Jitsu, good wrestling, good Muay Thai. In my mind, I have to be better than him and get the win,” he shared.

Holding a professional record of 16-5, Li has been part of the UFC since 2014. Moreover, he has won six of his last seven outings under the promotion’s banner.

In his most recent bout this past November, Li knocked out German stalwart David Zawada with a well-placed sidekick to the body with a few seconds remaining in the third and final round.

“Ranked or unranked, I still have my hands full in my upcoming fight. I can’t take him lightly,” dos Santos said of his Chinese foe. 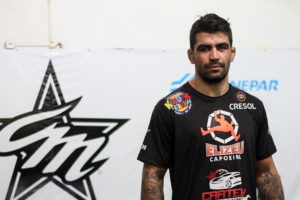 Both men were originally penciled to square off against each other last November, but a knee injury forced dos Santos to withdraw from the contest.

“It’s fine. I am here now. It’s an honor for me to fight in China. Different crowd, different country, different culture, but I’m very happy to be here and perform,” dos Santos said.

Knowing that Li may pose a threat to his emergent stature in the talent-filled 170-pound weight class, dos Santos sees the importance of walking out victorious on Saturday.

“To me, it is still a must-win. I don’t want to give up my position to him. I just need to win this and move on to the next. I know what I deserve in the future here in the UFC after this fight,” he stated. 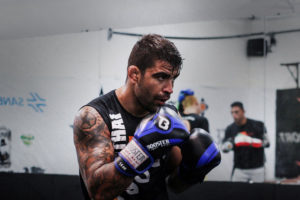 Already gaining a reputation as a welterweight dark horse in the UFC, dos Santos believes that competitors above him in the rankings have hesitations about sharing the cage with him.

“They don’t want to fight me. They are afraid of losing their positions in the rankings. I don’t really care at all. I will just keep on winning. Eventually, it will lead me to them,” he explained.

“I am hearing that they say I’m not a good fight for anyone, including the champion, but I don’t care who they put against me. It’s anywhere, any place, so I’m ready to go. I like to fight, I like training, so I’m ready to go,” dos Santos added.

Dos Santos remains optimistic that it will be a matter of time before he gets what he truly deserves as the no. 14 rated welterweight.

“I don’t need to show anything anymore to prove where I am at right now. I just need to do what I do best in every fight. I have to be the better fighter and knock my opponent out on Saturday or submit him. That’s all,” he sternly warned. 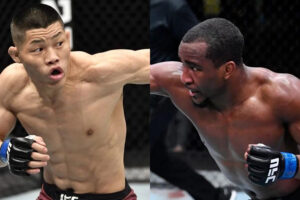