As previously announced Abu Dhabi Warriors 5 will feature two heavyweight fights. The full fight card for the event at the Mubadala Arena on January 26th is now out and the promotion has booked some experienced fighters for its relaunch.

The other flyweight fight on the card sees Filipino Adamson Torbiso (2-1) return to action after a three year absence to face Spain’s Daniel Barez (9-4) who is the reigning BAMMA flyweight champion but is also coming off a long break. 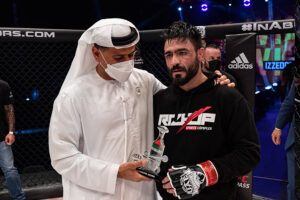