The full Shooto schedule for 2021 has been released. In total there will be eight events, two of which take place on the same day in January.

Seven of the eight events will take place in Tokyo. Shooto will be using two different venues in the country’s capital.

On January 31st there will be two Shooto events at New Pier Hall. The Korakuen Hall will play host to events on March 20th, May 16th, July 25th, August 20th and November 23rd.

The only event set to take place outside of Tokyo is set for June 20th. That card is booked for the Mielparque Hall in Osaka.

The same venue will also play host to the promotion’s final card of the year. Next weekend Shooto 1220 is set for Osaka with Yu Tanaka taking on Shutaro Debana in the main event. 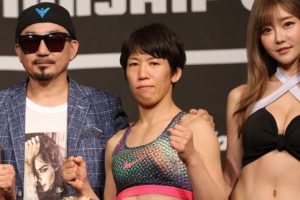