Gianni Subba explains absence from ONE: ‘Destiny of Champions’

Gianni Subba was slated to face Ma Jia Wen at ONE: ‘Destiny of Champions’ last night in a battle between two of the promotion’s top flyweights. The bout never materialized and the Malaysian took to Facebook to explain the reasons why:

It seems Subba was pulled from the card after failing a medical. However the good news is that it will not be a long term issue for the Malaysian who is hoping to land a spot in ONE Championship’s upcoming flyweight Grand Prix.

Subba has won six out of his last eight fights and has a 9-3 record, having spent his entire professional career competing for ONE Championship. With Ev Ting and Agilan Thani coming off losses he remains one of Malaysia’s best title prospects and fans there will be hoping to see him back in action before too long.

However there was disappointment for Thani. The welterweight lasted less than three minutes against Kiamrian Abbasov and was handed his second straight loss when the Kyrgyz welterweight finished him with a rear naked choke. 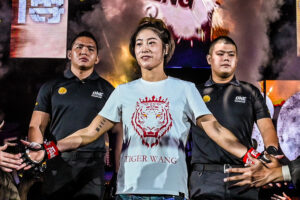