ONE Championship has yet to crown a featherweight kickboxing champion. But #1 ranked Giorgio Petrosyan, who fights Davit Kiria next week, is undoubtedly the man to beat.

The two time K-1 Max tournament winner feels he has a target on his back ahead of Friday’s ONE: ‘Fists of Fury’,

“Everyone wants to fight against me. I think it is normal, I am the man to beat in the division. This ignites me and thrills me,” he said. 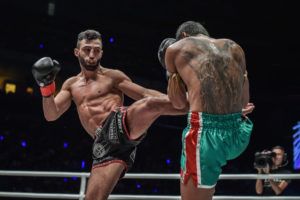 The featherweight division has got stronger with some statement signings. Kiria will be making his promotional debut next Friday and the likes of Marat Grigorian, Sitthichai Sitsongpeenong and Chingiz Allazov have all put pen to paper.

However he is too busy preparing for Kirin to start thinking about future opponents,

“Honestly, I try to stay focused on myself. I have to be focused on my next opponent, not losing energy thinking about the others. When their time comes, I will have no problem facing them.” 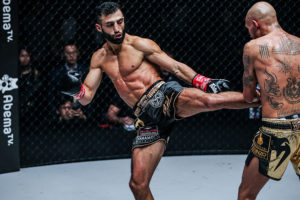 But Petrosyan, who recently turned 35, sees plenty of fresh challenges on the horizon,

“All the best talent in my division has joined ONE Championship. I think it is the logical consequence of the great work done by our promotion, which is now the top in the world. I am happy and thrilled.”

In 2019 Petrosyan won the ONE Championship featherweight kickboxing Grand Prix. The list of titles and tournaments he has won is impressive, and his name will always be in the mix when people are discussing the best kickboxers of all time.

It’s a conversation he is well aware of but Petrosyan says he prefers not to dwell on exactly where he sits among the pantheon of greats,

“I am honored that the fans label me as ‘The GOAT’ but I try not to think too much about it. I want to focus on my next opponent and keep building my legacy one opponent at a time,” he said. 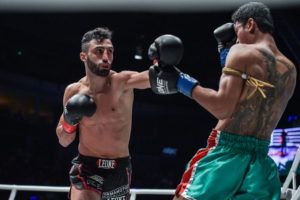 He has already beaten Kiria once. It was nearly a decade ago but Petrosyan remembers it well,

Petrosyan acknowledges that his opponent has improved since that first fight,

“He has improved a lot. I have watched many of his fights. He was fighting in another promotion, but he beat tough opponents. As I got better, he did the same.” 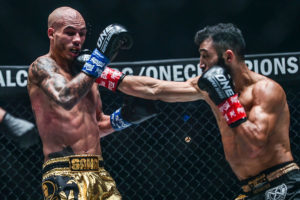 But the Italy based Armenian says he has made some serious stride too,

“Since the last time we met, we both have become better fighters. I have a lot more experience. Physically, I am stronger. My desire to win has remained the same, so I can say I am better in every aspect.”

The 35 year old did not get to compete at all in 2020. He has had plenty of time to prepare for this fight and knows exactly what he needs to do to win,

“Everyone has weaknesses, of course. I am not saying now what I think his weaknesses are, but I know them very well and my trainer knows them as well.” 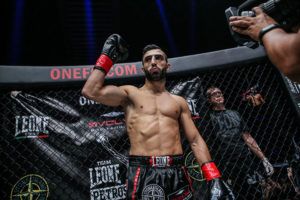 There have been rumours that ONE Championship will organize a second featherweight kickboxing Grand Prix. It would represent a very long road to the title for Petrosyan if he was forced to win two tournaments.

He doesn’t seem to think that will be the case and is hoping a win next week will be enough to earn a shot at the belt,

“My first objective is to win against Davit and then of course I would love to have the chance to fight for the title.”

Superbon faces Chingiz Allazov at ONE on Prime Video 5