The interim bantamweight title will be on the line at Shooto 0531. Reigning champion Ryo Okada will be defending his belt against the undefeated Kazuma Kuramoto.

Okada (15-4-3) fought to a draw with Tatsuya Ando in his most recent title defence at Shooto 30th Anniversary Tour 7th Round last September. The 31 year old is currently the undisputed bantamweight champion.

However Shooto will not be conducting a separate weigh in for this event. Instead bantamweight fighters will simply be required to weigh 145lbs or less on fight night, which might explain why it is an interim title on the line.

Kuramoto (7-0) started MMA relatively late in life. The 33 year old made his pro debut in 2017 and has already won seven fights out of seven, coming off a TKO victory over the experienced Yuta Nezu at Shooto 30th Anniversary Tour last November.

While Pancrase 315, Rizin 22 and Rizin 23 have all been cancelled Shooto events are going ahead as scheduled. Last month the promotion put on Road to ONE 2 behind closed doors.

Shooto 3105 will be broadcast live by Abema TV. Tight regulations will be in place with fighters forced to submit regular temperature checks in the buildup to the event. 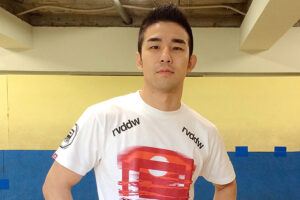