Matrix Fight Night 6 is set for Dubai on March 26th. The event will be headlined by a bout between Indian welterweights Bhabajeet Choudhury and Jason Solomon.

Solomon (9-3) earned notoriety after being knocked out in nine seconds by Amitesh Chaubey at SFL 43. The Indian had gone to great lengths to taunt his opponent as part of an elaborate entrance routine and the footage has been viewed by millions of people.

He is coming off a submission win over Ravindra Balhara at Matrix Fight Night 5 that snapped his two fight losing skid for the promotion. None of his 12 fights have gone the distance and his opponent has never been involved in a decision either.

Choudhury (8-4) is an SFL veteran and will be making his promotional debut. He is a striking specialist and the majority of his wins have come by way of KO.

In the co-main event Jacky Gahlot (3-1) takes on Sanjeet Budhwar (6-1). The latter is coming off a quickfire stoppage win over Chaitanya Gavali at Matrix Fight Night 5.

In the atomweight division Puja Tomar (4-4), who is coming off a loss to Stamp Fairtex at ONE: ‘A New Tomorrow’, has been matched with Jojo Rajakumari who appears to be making her pro debut. 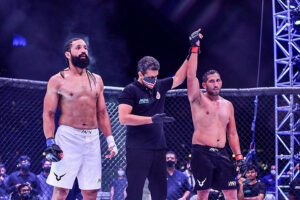 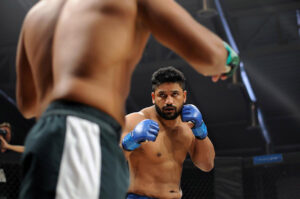 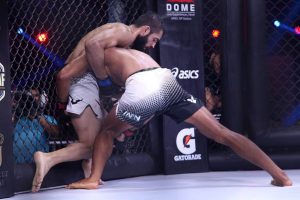