When Team Lakay started to gain traction at the start of the last decade Jerome Wanawan was one of the pioneers. He helped who lay the foundation for the sustained success that the Baguio based camp now enjoys.

Wanawan went up against the likes of Eugene Toquero, Ernesto Montilla and Roy Doliguez but, after a four-year run in the sport, he decided to take a lengthy hiatus in 2014. The 30 year old was focusing on building his family while taking a role in the group’s coaching staff.

He was about to finally hang up the gloves for good and accept a job at a gym in China when  Mark Sangiao sat down with him and discussed the idea of returning to action. Wanawan realized that it could be his second shot at glory and accepted the offer. He came out of retirement to face Ryohei Kurosawa at Shooto 30th Anniversary Tour last May. It was not the comeback that he envisioned, succumbing to a first-round knockout defeat at the hands of one of Japan’s top strawweight prospects.

Wanawan is still determined to mount a successful comeback and has accepted another fight against a more experienced Japanese opponent at Shooto 0126. He feels he has a point to prove,

“I still have a lot to prove as an MMA fighter. I want to show the world that I’m here and still alive and active, so now I’m focused on training to win all my fights,” he said in his native tongue. 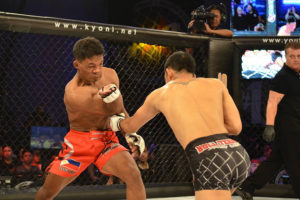 Wanawan is penciled to collide with seasoned veteran Junji Ito on the undercard of Shooto 0126, which takes place at the Korakuen Hall in Tokyo. His opponent holds a 16-8-2 record and has won two of his last three outings.

The 31-year-old Yokohama, Kanagawa resident has been a Shooto mainstay since he began his run in 2007, going through tough battles against the likes of Yoshitaka Naito, Jarred Brooks and Yosuke Saruta.

Wanawan acknowledges the monumental task in front of him, but he does not need to look too far for inspiration. He looks at his globally-recognized teammates to further motivate him to keep going.

“My teammates’ success in organizations like ONE Championship and Brave inspired me a lot. Their determination to improve their game to be a complete martial artist never fails to amaze me,” Wanawan stated. 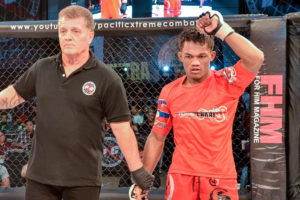 “It challenged me to focus on training because I want to reach the level where they are at right now. Even at this age, I know I can still be successful in this sport,” he added.

Knowing that one win could turn things around for his professional career, Wanawan vows to grab the opportunity by the horns,

“What’s important is we’re improving. We are all learning from our previous setbacks. We all know that with hard work comes success. It won’t be easy, but I’ll do everything to win. I won’t be wasting my chance anymore.”