A lot of fighters say they are going to knock their opponents up in the build up to the bout. But few of them have quite as large a body of evidence to support their work as John Lineker.

Lineker has 34 wins to his name and 20 of them have come inside the distance. He expects to score another stoppage when he challenges Bibiano Fernandes for his bantamweight belt at ONE: ‘Lights Out’ this Friday, 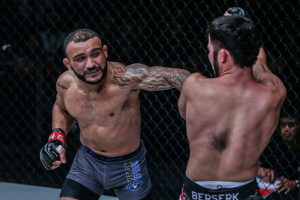 Lineker has only ever fought for five rounds once in his career. In 2016 he went the distance with John Dodson, winning by split decision at UFC Fight Night 96.

By contrast Fernandes has fought for five rounds on six separate occasions, winning five of them. The champion certainly has more experience when it comes to fighting in the championship rounds. 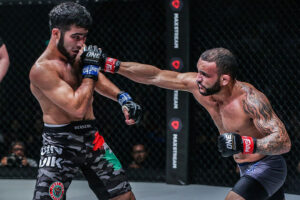 But Lineker doesn’t think that will be a factor in this fight. Fernandes’ experience will count for nothing if he can knock the veteran out in the first two rounds.

And that is exactly what Lineker’s gameplan will be. He sees the fight finishing with Fernandes on his back and thinks it will take him less than ten minutes to make it happen,

“I always visualize myself winning by knockout. And I’m going to try to get it done by the second round.” 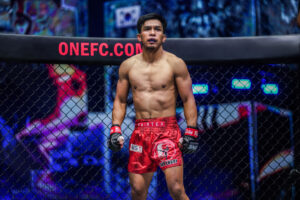