There has been a lot of talk about Joshua Pacio (Joshua Pacio: â€˜may the best man winâ€™!). The Filipino doesnâ€™t generally have too much to say for himself but #2 ranked Jarred Brooks (We are back! Jarred Brooks confirms next fight) has had plenty to say about the strawweight champion.

Brooks is one win away from a fight with Pacio and the Filipino is looking forwards to the upcoming title eliminator,

â€œOf course, Iâ€™m excited. We know how explosive these athletes are. They are both coming from wrestling backgrounds, so itâ€™s exciting to see how this will unfold. Now weâ€™ll see whoâ€™s next for me.â€ 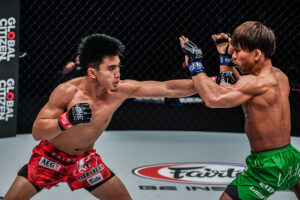 Bokang Masunyane (Bokang Masunyane sees a title shot on the horizon) faces Brooks at ONE: â€˜Reloadedâ€™ and Pacio says his teammate, who lost to the UFC veteran, told him that he faded in the second round,

â€œLito (Adiwang) felt like Brooks was slowing down in the second. For me, if Bokang weathers the storm in the first round, heâ€™ll be in a good spot. Iâ€™m not saying Brooks will gas out because heâ€™s always well-prepared, but I feel like Bokang can control the second and third round.â€

While Brooks is coming off back to back wins over ranked opponents Masunyane hasnâ€™t fought since 2020. For this reason Pacio is favouring the American,

â€œFor me, Brooks has been more impressive. He faced two top-five contenders and beat them, but Iâ€™m not discounting the fact that Bokang beat Rene (Catalan) when he was still in the rankings, and he knocked him out quickly.â€ 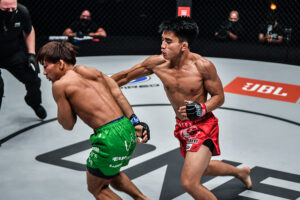 He also thinks that Brooks, who has fought for the UFC, Bellator and Rizin, has an advantage in terms of top tier experience,

â€œOne advantage that Brooks has is his experience. Heâ€™s been competing at the top level for the longest time. Bokang is top-level as well, but Brooksâ€™ experience in competing there for a long time is his edge.â€

Championship fights are five rounds and Pacio thinks that the this wonâ€™t be a factor in Brookâ€™s favour if they do finally fight. But he feels the American will do just fine against Masunyane,

â€œThis is hard, but Iâ€™m looking at the experience of Brooks, and given that itâ€™s only a three-rounder, Iâ€™m siding more with Brooks by decision, mainly because of that experience.â€

Pacio has been on the sidelines since Brooks made his ONE Championship debut. His last fight was in September but he won impressively against Yosuke Saruta (Yosuke Saruta has Covid-19, out of ONE: â€˜Bad Bloodâ€™) at ONE: ‘Revolution’ (Controversy! Did Ok Rae Yoon deserve to beat Christian Lee?).

Pacio wants to remind people that he is the champion for a reason and whoever he faces next is in for a serious challenge,