Kana Watanabe will be back in action at Bellator 281. The Japanese flyweight will be taking on Denise Kielholtz in London on May 13th.

The match at the SSE Arena pits two judo black belts together:

Watanabe (11-1-1) suffered the first loss of her entire career at Bellator 261 last year. She was stopped by UFC veteran Liz Carmouche after just 35 seconds.

The Rizin and Deep-Jewels veteran has had almost a year to reflect on that loss. She will be looking to get back to winning ways against an opponent who is also coming off a decision defeat.

Kielholtz (6-3) dropped a split decision to Juliana Velasquez at Bellator 262. But as well as having a judo black belt she is also decorated kickboxer.

At the No.10 slot in our run-down of epic Bellator moments from 2021, @iamgirlrilla's dominant TKO finish against @kanawatanabe821 takes centre stage. #Bellator261 pic.twitter.com/C7EN8VEcAX

With Rizin rarely putting on flyweight fights Watanabe decided to sign with Bellator in 2019. She got off to a good start, winning her first two fights with the promotion.

The 33 year old finished Ilara Joanne in the third round at Bellator 237. She then squeezed past Alejandra Lara courtesy of a split decision win at Bellator 255.

Her rewards for these back to back Bellator wins was a title eliminator against Carmouche. The UFC veteran prevailed and would go on to win the belt while Watanabe will have to work her way back up the rankings again.

The event will be headlined by an interim welterweight title fight. Logan Storley (13-1) faces local favourite Michael Page (20-1). The current title holder is Patricky Freire and it isn’t clear why he is unable to compete on this card.

In the co-main event former Bellator welterweight champion Douglas Lima (32-10) will be looking to get back to winning ways after three straight losses. He has been matched with Jason Jackson whose five fight winning streak includes victories over Paul Daley, Benson Henderson and Kiichi Kunimoto.

Former UFC middleweight champion Lyoto Machida (26-11) is returning to 185lbs as he looks to snap a three fight losing streak. The 43 year old has been matched with England’s Fabian Edwards (9-2). 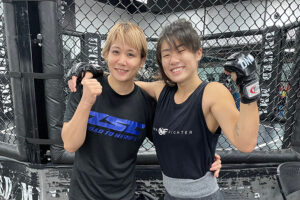 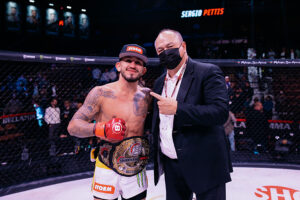