Kazuki Tokudome is a veteran of the UFC and ONE Championship and a former lightweight King of Pancrase. This Sunday the 34 year old will finally make his Rizin debut.

Tokudome takes on Roberto De Souza at Rizin 27 and says it is difficult to pick out a favourite memory or moment from his 14 year career,

“I’m preparing well to make my Rizin first appearance. I think that every single fight and experience in every promotion means something and made me who I am today, so it is hard to pick one over the other,” he added.

Tokudome has been out of action for a while. He last competed in 2019, scoring a unanimous decision against Johnny Nunez at ONE: ‘Dawn of Valor’. Despite the hiatus, he makes his return to the ring on the back on two straight victories.

“I’m not sure if I have momentum or not, but I do feel that all the pieces I have been working on during practice are coming together and are showing in my performances,” he said. It has been the longest layoff of his entire career but Tokudome says he has used the time to improve,

“Not having a fight over a year has been tough, but I think I was able to use this period to raise my overall skills so I’m excited to show it in a real fight,” he said.

De Souza represents a significant test for the Japanese veteran. The Brazilian is an exceptional grappler with a 10-1 record and comes into the bout on the back of a win over Yusuke Yachi at Rizin 22.

But Tokudome believes he can ‘hold his own’ against absolutely anyone,

“People may think that I have a tough match ahead of me, but I’m confident in my abilities and I think I can hold my own anywhere the fight takes me so I’m going to go in there to finish the fight whenever I can.” Tokudome and De Souza have at least one thing in common. They were both beaten by Johnny Case but the 34 year old, who was submitted by the American in his final UFC fight, isn’t reading anything into this,

“I’ve fought several times internationally and have faced many tough international competition so I don’t think Souza is a fighter who delivers any threat that I haven’t experienced.”

The 155lb belt at Rizin is currently held by Tofiq Musayev. Tokudome feels it is too early to start talking about titles or title shots,

“I haven’t thought about that yet since I have not fought in the promotion yet. I am focused on getting past this opponent at the moment.” Tokudome turned 34 in March and is unsure how long he will continue to compete, but maintains that he’s still very much in love with the sport,

At this stage in a fighter’s career, it’s normal that they might start to think about their legacy. In that light, Tokudome simply wants to be seen as,

“A guy who puts on badass fights.” 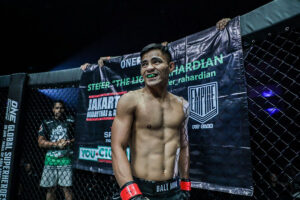