Kenan Song excited about the prospect of fighting in China again

Kenan Song is nicknamed ‘the Assassin’ and it’s a moniker that suits him well. The quiet striker from Hebei showed just how deadly he can be in his last fight, finishing Callan Porter in the first round at UFC Fight Night Auckland.

This weekend at UFC Vegas 22, he takes on Max Griffin. Despite being a veteran of 17 fights and having been with the UFC since 2017, this will be Song’s first time fighting in the US,

“I’ve been training in the US before so for me to fight this time it’s kind of similar for me to quickly adapt to it (but) I would feel totally more excited if it was in China. And if it was crowded, then they are all fans that that support you.” 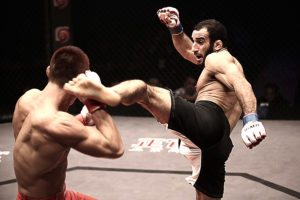 The 31-year-old’s last fight came in Auckland 13 months ago. Back then, he was able to enjoy a great deal more freedom before the full onset of the pandemic.

“This time it’s different because we can only have activities within the hotel area, and after my weigh-in I can only get food from Doordash, kind of like that so it’s very different. I preferred it previously when we could go out and get food and stuff,” he said.

Song enjoyed an interesting career before arriving on the big stage. Of his five career losses, two of them came in his homeland against fighters who would go on to become UFC contemporaries, Brad Riddell and Israel Adesanya.

Much has changed since then. Song has been working on taking his game to the next level, and says he’s been sharpening his skill during the hiatus.

“I haven’t fought for more than a year. I’m hungry. I want to come back. For the last year, I trained almost everything. Wrestling, BJJ and strength. (I feel my) striking has improved,” he said. 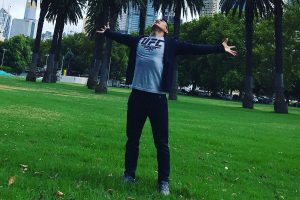 Song is currently outside the top 15, but a good win this weekend could see him finally breach the rankings. In Griffin, he faces a veteran of ten UFC fights.

Like Song, Griffin was able to get the finish is his last outing, taking out Ramiz Brahimaj in the third round with an elbow. Song has respect for the American but has his sights set on bigger prizes,

“My opponent is also a very good fighter and I think it’s a very good match-up. It will be a very good performance this weekend. I think it maybe could be a submission or maybe the full three rounds. If I get this victory, I want to match up with more competitive fighters,” he added.

Song prepared for this fight at the UFC Performance Institute in Shanghai, and believes that having a Chinese champion in the UFC has helped pave the way for other fighters from his homeland,

“Weili Zhang becoming champion inspired Chinese fighters. It made us more confident (that) if she can achieve maybe more champions can come out of China.”