Kenta Takizawa wants to take ‘everything’ from Kai Asakura

Kenta Takizawa comes into the semi finals of the Rizin bantamweight Grand Prix. It is a role he is very comfortable with and the Pancrase veteran is very happy about the way things have panned out.

He is facing Kai Asakura who is the former champion and the favourite to win the tournament. Takizawa says it is the fight he wanted,

“I have absolutely nothing and Askura has absolutely everything. I plan to take all of that from him.”

With the winner moving on to fight in the final at Rizin 33 most fighters would have wanted an easy draw. But not Takizawa who says he had been eyeing up Asakura for a long time,

“I’ve always wanted to fight him so I’m ecstatic about this. He has a good style for me.”

Asakura was very dismissive of Takizawa and stated that he was the weakest fighter left in the tournament. But the 27 year old says he can see through this facade,

“I think he’s concerned, he knows I’m a bad matchup for him. I can tell by looking at his face, he’s under a lot of pressure.” 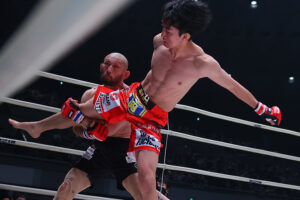 Takizawa has some highlight reel KOs on his record and goes into a bit more detail about where he thinks the fight will be won,

“Asakura steps in to throw strikes, I can throw while moving and I can land hard strikes. I also have more variation of strikes and I’m more durable.”

Asakura has been stopped by strikes three times in his career and Takizawa is confident he can be the man to make it four,

“We’ve seen Kai go down due to strikes many times. I’ve neve been hurt by strikes on the feet and that gives me confidence.” With this in mind Takizawa believes his opponent will try and avoid engaging in striking exchanges,

“I think he’s going to grapple, when he fought the Thai guy and the Korean guy he shot in a lot.”

He knows that a final between Asakura and Naoki Inoue is what everyone wants. But Takizawa plans to destroy everyone’s plans for New Year’s Eve,

“Everyone’s plans will be messed up when I win. It will make things so much more interesting.” 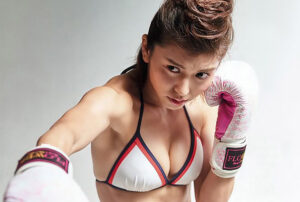