Koha Minowa signs with ONE Championship

Reigning Shooto strawweight champion Koha Minowa has signed with ONE Championship. The 20 year old is riding a four fight winning streak and won the title in January.

At Shooto 0126 Minowa faced Yohei Komaki in a bout that had the promotion’s vacant strawweight title on the line. He won by second round submission.

Minowa has been competing for Shooto since his amateur days. He holds a pro record of 10-2 and one of the fighters to beat him was former ONE Championship strawweight champion Yosuke Saruta.

Shooto is the world’s oldest MMA promotion. Last year a partnership with ONE Championship was announced and Minowa was offered a contract as part of this deal.

At ONE: ‘Century’ in Tokyo last October there were four ‘Shooto vs Pancrase’ fights. Saruta and Shoko Sato were both representing the former promotion and scored wins.

Kevin Belingon working on his ground game, wants a fight with John Lineker 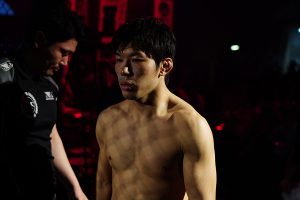 ONE Championship postpones series of behind closed doors events

Tofiq Musaev was scheduled to fight at Rizin 22, expects to return at Midsummer Martial Arts Festival