Li Jingliang has the biggest fight of his life coming up at UFC 267. He has been matched with undefeated star Khamzat Chimaev who made a big impression before being sidelined due to Covid-19.

Jingliang is a big underdog heading into the welterweight fight which is set for Abu Dhabi on October 30th. But he told SCMP MMA that he is feeling extremely confident, 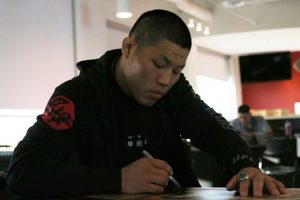 He has been training at the UFC Performance Institute in Shanghai and says he is in tip top shape heading into the 15th fight of his UFC career,

He has also made the most of the facilities at the UFC Performance Institute in Shanghai. The 33 year old says that it is being used by Chinese athletes from across the sporting spectrum,

“The UFC build a very big performance institute in Shanghai, they hired physiotherapists and coaches. Many national teams train at the UFC PI so the UFC is doing really good work in promoting MMA and helping the Chinese national teams prepare for the Olympics.” 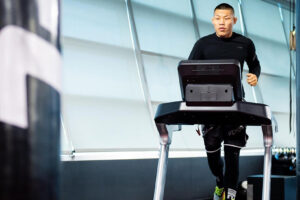 It was something of a surprise when the matchup was offered to Jingliang as some bigger names had been vocal about their desire to fight Chimaev. But he had no hesitation in accepting the fight,

“I just thought ‘no problem I can do it’,” he said through a translator.

He was also asked how he thought the welterweight title fight between Kamaru Usman and Colby Covington at UFC 268 would play out and Jingliang was in no doubt about that,

“I believe Usman will finish Covington”