Michinori Tanaka is making a comeback. The 31 year old has not competed in MMA for over two years but he will return at LFA 117 in California next month.

The Japanese fighter has been booked to face Ricardo Dias (10-4) in a bantamweight bout. The Brazilian is coming off back to back LFA wins.

Tanaka (13-3) is the former PXC bantamweight champion. His UFC stint was interrupted by a nine month USADA ban after testing positive for a banned substance.

Tanaka was released by the UFC in 2017 after back to back losses. But he would go on to win his next two fights on the domestic scene in Japan. 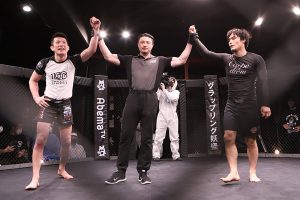 Shinya Aoki, Tomoshige Sera draw at Road to ONE 2 Michinori Tanaka has signed with LFA 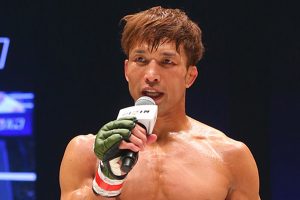 Kazuyuki Miyata faces Michinori Tanaka at Road to ONE 2