UAE Warriors 21 is set for the Jiu Jitsu Arena on September 3rd. In the main event Mohammad Yahya has been matched with Yazid Chouchane with the promotion’s inaugural Arabia lightweight title on the line.

Yahya (9-3) is a Bellator veteran who has won three fights out of four for the promotion. He is coming off a decision win over Saleem Al-Bakri at UAE Warriors 17.

UAE Warriors 22 is set for the same venue the following night. It will feature a bantamweight bout between Rany Saadeh and Shawn Bunch.

The promotion typically holds events on back to back nights. The Friday night card will be exclusively for fighters of Arabian descent while the Saturday night card is open to anyone. 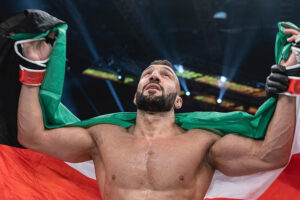