Adriano Moraes is promising to destroy Geje Eustaquio with a much more aggressive stand-up game when the two fighters face each other again in ONE Championship’s first ever trilogy bout in Manila on Friday.

Despite falling short in the pair’s second matchup six months ago, Moraes is already looking beyond the Filipino wushu striker to the fight he ‘really’ wants; with new ONE signing Demetrious Johnson,

“We have a new guy (Johnson) in the flyweight division at ONE Championship, a guy I really want to fight against, and Geje is in my way,” said the Brazilian. The rubber match between Moraes (17-3-0) and Eustaquio (11-6-0) at ONE: ‘Hero’s Ascent’ will mark an opportunity to settle scores and move forward for both fighters, neither of whom have fought since their last bout in Macau in June, 2018.

In that fight, it was Eustaquio whose hand was raised in a controversial split decision that saw him unify the division. The bout marked Moraes’ first defeat since he was outpointed by Kairat Akhmetov in Beijing in 2015. While both men gave a good account of themselves in a back and forth five rounder, the Filipino’s ground and pound game probably gave him the edge,

“The Adriano that fought Geje in the last match, I can say with confidence that it wasn’t me. I think going into that bout I had some doubts about my striking. I watched it back, and my footwork was not working,” Moraes said.

Moraes acknowledges that the Filipino earned his victory,

“I think he had evolved very well in his grappling game for the second bout.”

It was a much improved Eustaquio than the young fighter he faced for the first time at ONE: ‘Rise of the Kingdom’ in Phnom Penh in 2014. That night Moraes’s superior ground game earned him a confident victory when he submitted the Filipino in the second round to become the first ever flyweight champion. The circumstances going into this third bout couldn’t be more different, and the psychological balance is no longer in Moraes’s favor. Eustaquio is known as the ‘rematch king’, a fighter who has taken every opportunity to avenge the defeats in his career so far.

Moraes, for his part, is promising to respond with a far better showing than he was able to provide in Macau.

“My jiu-jitsu is better than his,” he says.

Moraes also acknowledges his own tendency to be ‘too relaxed’. It’s a weakness he is determined to correct,

“Now my coach is back, and he is better than ever. With his help, I will be much more aggressive in my standup and a much better mixed martial artist. I will put everything together much better. Now is my chance to show I am really the true champion.” 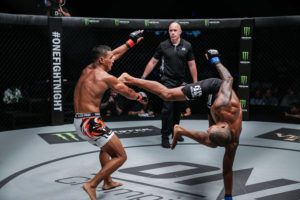 Tough path to the top

Much has been made of Moraes’s difficult early life following his abandonment as a newborn on the streets of Brasilia. It’s a classic tale of triumph against adversity, the kind fight fans have always revelled in. In recent comments he focused on the struggles he faced in mastering jiu-jitsu, the art that brought him to the peaks of Asia’s premier MMA tournament.

For Moraes, jiu-jitsu’s rewards have always been much more than financial,

“It brought me more responsibility, more discipline, and more honor. I can have more love for other people. I got more education. I got more balance in my life and in my mind. You can live better, because life is tough. Nobody takes care of you when you leave home. Jiu-jitsu helped a lot with that.”

His love for his old discipline still clearly strong, Moraes plans to compete again in the art that launched his career.

“I am focused more on my mixed martial arts career, but I want to come back.”

“This is going to be a good fight. I am looking forward to it. It’s an honor to have the first trilogy in ONE history against Geje.”

Despite his determination to come out on top, he continues to offer his opponent the respect that often results when men face each other through multiple bouts,

“I’m a big fan. He’s my friend from the mountains and I’ve learned so much from him but my focus is getting back to the top of the division, and it is only him standing in my way.” 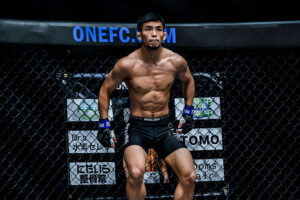