Muin Gafurov feels he is underrated ahead of John Lineker fight

Muin Gafurov is not short of self belief. The bantamweight from Tajikistan has been handed an intimidating assignment against heavy hitting UFC veteran John Lineker at ONE: ‘Dawn of Valor’ this weekend.

But Gafurov sees Lineker as an opportunity, not a threat. He feels this fight, which is set for Jakarta on Friday, will provide the perfect opportunity for him to prove he belongs on a stage with the world’s best bantamweights,

“John Lineker is a good fighter with a good stand-up game (but) “I am better in every single area and I cannot wait to show the world who Muin Gafurov is,” he said.

Gafurov holds a 16-2 professional record and finished UFC veteran Leandro Issa in under a round last year. However the 24 year old, who has won his last five bouts, feels he does not get as much credit as he deserves,

“People underestimate me a lot. I deserve more attention and I am ready to prove it once again. I predict I will win with a first or second-round KO. The fans will enjoy it very much for sure.” 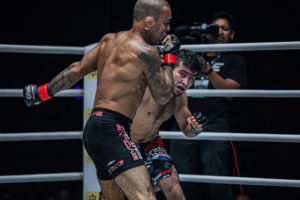 Gafurov’s path towards the pinnacle of the mixed martial arts world has been a real roller coaster ride. His father was murdered when he was very young and he was raised by his uncles instead,

“I was looked after by not one, but four uncles. All of them were involved in martial arts (and) they wanted me to follow in their footsteps.”

“All males in our family were involved in martial arts. When I turned 14, my uncles started taking me to the gym with them. I used to run away at first and secretly play football, I was thinking of going pro but I was made to take combat sambo.”

His footballing ambitions were put on the backburner but Gafurov showed a real aptitude for combat sambo and won numerous competitions,

“I won many titles, but the pinnacle of my youth sports career was the champion’s title at the World Combat Sambo Championship when I was only 18 years old,” he said. 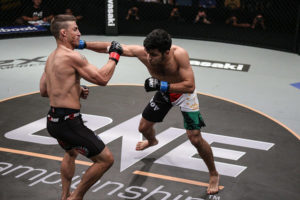 Gafurov followed in the footsteps of some Russian legends by making the transition from combat sambo to MMA. He won his first 11 fights, scoring two stoppage wins for ONE Championship.

Back to back decision losses at the hands of Reece McLaren and Kevin Belingon derailed his title ambitions but Gafurov has not lost a fight in three years. Momentum is on his side heading into ONE: ‘Dawn of Valor’ and the Tajik knows exactly what he wants to achieve,

“I am not very original when it comes to my ultimate goal. All I want is to get the belt and bring it back home to Tajikistan.” 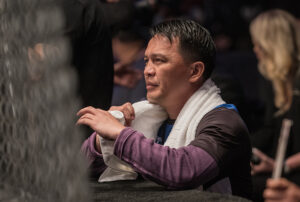 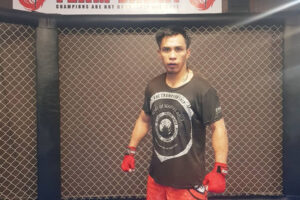