Nieky Holzken has tried and failed to win the ONE Championship kickboxing title on two occasions. The 36 year old is a kickboxing veteran but he has some regrets about his recent results and performances.

He admits to taking his most recent title shot a little lightly,

“I was not as motivated as I should have been. I was not 100% focused on that fight, but that’s my fault. It’s something I have to overcome and try to straighten out if I get a new fight against Regian (Eersel) in the future.” 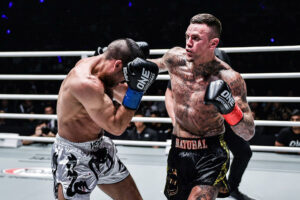 Eersel has beaten Holzken twice. But the Dutchman is determined to earn another shot at the lightweight kickboxing title and believes he can get back on track with a win over Elliot Compton at ONE: ‘Big Bang’ Part II this Friday,

“I’ve had 147 fights in total, so I know that you can make mistakes, you can win and you can lose, but I’m always strong-minded and I always want to be the best. I think maybe one, two, or three more fights, then I can fight for the title again. I just want to get back on track.”

Holzken is just happy to be back in action again after an extended and unexpected break from competitive fights,

“Finally, the fight is coming. It is very nice that through these Covid times we can actually compete with each other. I have trained very hard for Elliot, and I am very sharp right now.” 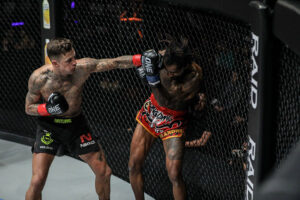 Motivation might have been an issue for the Dutchman in the past but that definitely isn’t the case for this fight,

“My motivation is high. I still love the game so much, and I still want the ONE belt, that is the number-one priority for me,” he said.

He is a veteran of the kickboxing game. But Holzken still feels he is at the peak of his powers,

“I’m 36 years old, but I am still the #1 contender. At the gym, I feel as strong as ever. I think when I am mentally prepared and 100% focused that I can still beat everybody. I am still very strong and motivated to be the champ.”

His opponent is better known for his exploits in the Muay Thai ring. But Holzken thinks that Compton has no shortage of weapons which he can use in a kickboxing contest,

“Elliot is an all-around fighter with a lot of experience. He has done a lot of Muay Thai fights, so his weapons are normally with the clinch and elbows. He has some good jabs, low kicks, and tricky things,” he said.

Having also enjoyed success as a professional boxer Holzken is confident he will be superior to Compton in several areas,

“I’m good all-around but I think I’m the better boxer and that will be my key to success in this fight with Elliot. I also think I’m stronger and more complete, with better defense.” 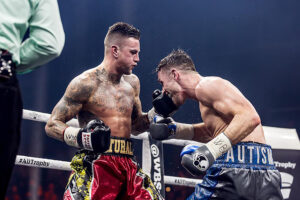 The two men will be wearing 8oz boxing gloves. But Compton will have to be careful about keeping a high guard because Holzken says he will be looking to attack the space beneath his opponent’s elbows,

“I am known for my body shot, and I think that is a good thing to hit him with. Then maybe I can end it with a knockout.”

Having been beaten twice by the champion, Holzken knows it could be a long road back towards a third title shot. But he wants to take the first step on that journey with a win this week,

“I’m still the #1 contender, so my job is to finish all of the guys beneath me to get a few wins and run for the title again.”