ONE Championship has announced a heavyweight kickboxing Grand Prix. There are four fighters in the tournament including the reigning light heavyweight champion Roman Kryklia.

The semi finals will get underway at ONE 161 which is set for the Singapore Indoor Stadium on September 29th. The other fighters involved are Guto Inocente, Iraj Azizpour and Bruno Chaves.

Chaves has been matched with Kryklia. The Brazilian has fought for Glory and has also competed in MMA while the Ukrainian is riding an 11 fight winning streak.

In the other semi final Inocente takes on Azizpour. The former is coming off a first round stoppage win over Rade Opacic at ONE 158 while the latter is a former Kunlun heavyweight tournament winner.

As previously announced Ritu Phogat will be facing Tiffany Teo at ONE 161 on September 29th. The two will face off at the Singapore Indoor Stadium with the Indian looking to bounce back from her loss in the atomweight Grand Prix final.

The Singaporean will be making her atomweight debut. Meanwhile Phogat sounded extremely confident,

“My long break has helped me to fully recover and I feel that I’m stronger than ever before and ready to crush my opponent,”
she told the Times of India.

Tiffany Teo 🇸🇬 makes the home crowd proud, sinking in a REAR-NAKED CHOKE to finish Meng Bo in Round 2! 💪 #WeAreONE #ONEChampionship#ONEHeavyHitters | How To Watch: https://t.co/B1Er5HOcYZ pic.twitter.com/DXtbLptXFj

A heavyweight unification bout had been booked to headline the ONE 161 card. Regular champion Arjan Bhullar was set to take on interim champion Anatoly Malykhin.

The fight has been in the works for over a year now with both men accusing each other of trying to hide. But it has been postponed again with Bhullar reportedly suffering an injury in training.

🚨 BREAKING 🚨 @TheOneASB and @AnatolyMalykhin go to war on September 29 to unify the ONE Heavyweight World Title! Who will leave ONE 161 as the undisputed divisional king? 👑#ONE161 | Sept 29 | #ONEChampionship pic.twitter.com/n5MCeG1xy5

ONE 161 will now be headlined by a featherweight Muay Thai title fight. Petchmorakot Petchyindee will be defending his title against Tawanchai PKSaenchaigym.

Petchmorakot has held the title since 2020 and successfully defended it three times. Before signing with ONE Championship he was a star in the Bangkok stadiums winning Lumpinee titles in three different divisions.

Tawanchai has enjoyed a similar level of success in the Bangkok stadiums and was named the Lumpinee fighter of the year in 2018 although he hasn’t had the opportunity to fight for as many titles as Petchmorakot.

The 23 year old southpaw is coming off two very impressive stoppage wins. He has finished both Saemapetch Fairtex and Niclas Larsen with straight left hands.

The event will take place on a Thursday night, the first time ONE Championship has ever scheduled a show for this time slot. Less than two days later will be the promotion’s second live event on Amazon Prime.

ONE on Amazon Prime 2 is set to take place on October 1st (local time) which will be a Saturday morning in Singapore. The event will be broadcast live by the online streaming service in North America. 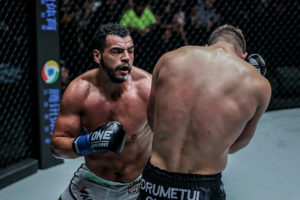 Tarik Khbabez promises war at ONE: ‘Age of Dragons’