Few fighters have announced their arrival on the planet’s biggest martial arts stage as emphatically as kickboxer Tarik Khbabez.

The Dutchman of Moroccan heritage has wasted no time sending a signal to the rest of the light heavyweight division, immediately displaying the pedigree that has made him a multiple time world champion in both Muay Thai and Kickboxing.

In his debut at ONE: ‘Pinnacle of Power’, Khbabez made an enormous statement with a third-round stoppage victory over multiple time Muay Thai and kickboxing champion Alain Ngalani.

Four months later he displayed the same kind of dominance against compatriot Ibrahim El Bouni at ONE: ‘Pursuit of Greatness’, putting his opponent to the sword to force the referee to put an end to the bout early.

A decision win over Andrei Stoica at ONE: ‘Reign of Valor’ in March made it three straight, which was closely followed by a unanimous decision victory over Brazilian Anderson Silva at ONE: ‘Legendary Quest’ three months later. 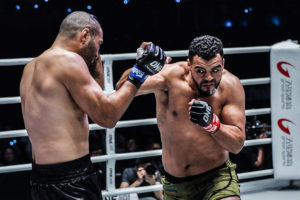 After that quartet of consecutive victories of the highest calibre, you could understand Khbabez’s impatience to be awarded a shot at ONE’s light heavyweight kickboxing crown.

Which is precisely why the offer to square off with Roman Kryklia at ONE: ‘Age of Dragons’ with the inaugural light heavyweight belt on the line was such sweet music to his ears,

“I have been working and training so hard for this, and now it’s my time to show the world that I’m the best.” 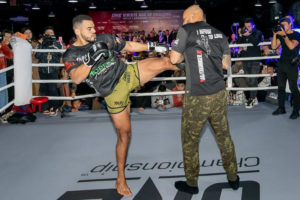 That’s exactly what he’ll be looking to aiming to do at Beijing’s Cadillac Arena on Saturday against an opponent he already knows fairly well.

Khbabez shared a ring with the Ukrainian Kryklia back in 2015 in the final of the Super Kombat World Grand Prix in the Romanian capital of Bucharest, where he had his hand raised on the back of a clear-cut unanimous decision victory.

They’re memories Khbabez will use to his advantage this weekend, although he’s adamant that the current version of himself is a much more dangerous proposition.

“It was a tournament, and I stood up to him in the final. As everybody could see, the victory was mine. I fought how I was supposed to fight and stuck to my game plan,” Khbabez recalls.

“I have grown in experience and technique since then, and this has been showing in my latest fights. I have the right people around me who train me, and they know what is good [for me] to improve myself.”

The surging Kryklia would likely say the same thing about his own development over the past four years, and his sights will be set on avenging that loss at the Cadillac Arena. 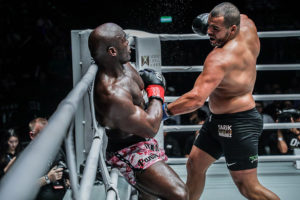 The Ukrainian has has been laying waste to opponents from Moldova to Moscow, racking up an eight-fight win streak that put him on the ONE Championship radar and persuaded the promotion to sign him to a multi-fight deal.

His bout with Khbabez will mark his promotional debut, where he’ll be looking to display the same kind of form that saw him crowned the heavyweight tournament champion in China’s Kunlun Fights back in February.

At over two metres tall, Kryklia is renowned for his ability to maximise the reach and height advantage he typically has over smaller opponents. Khbabez, at 184cm, falls well within that category.

But ‘The Tank’ insists it’s a predicament he’s well versed in negotiating. Taller men than Kryklia have tried and failed to overwhelm him, and Khbabez believes he has the blueprint down pat.

“I don’t experience any issues with somebody being tall. I have fought other tall fighters. With my aggressive style, I have beaten him once, and I will beat him again,” says Khbabez .

“I don’t worry about his strengths. I’m ready to bring war. I can see weaknesses in his arsenal, but that is something everybody will find out on 16th November.” 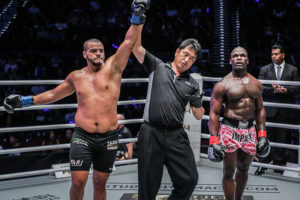 The man from The Hague isn’t one to be overwhelmed by the additional pressure and spotlight that are synonymous with a world championship fight. Instead he’ll simply get back to doing what he does best, which is throw a diverse range of power-laden strikes from all angles with the cruelest of intentions.

“I need to win every fight, I need to dominate, and show the world who I am. I am Tarik, dominating each and every opponent they put in front of me.”

The validation of a world title only adds fuel to Khababez fire, and ‘The Tank’ and his platoon are ready to bring the offensive in Beijing on Saturday,

“I always bring what the fans want and are waiting for. I bring war to the ring, and the fans love that,” he adds.

“[The belt] would be the crowning achievement of my hard work and dedication. It’s everything I have been aiming for. It will show the world that I’m the best light heavyweight champion.” 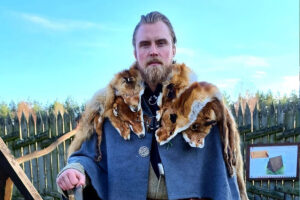