According to a new report published by Nielsen this week ONE Championship is the fastest growing sporting property in the world. The Singapore based promotion is on track to overtake the NFL, UFC, EPL, NBA, La Liga and UCL if it continues on its current trajectory.

ONE Championship does not have the biggest digital footprint out of the world’s 20 biggest sports properties with 29.4 million followers. That honour goes to the UCL with 143.6mn followers while the UFC is still the leading MMA promotion by this metric with 65.936mn followers.

But ONE Championship is growing at a much quicker rate than any other sports property in the world according to Nielsen’s ‘How the World’s Biggest Sports Properties Engaged Fans in 2020’ report: 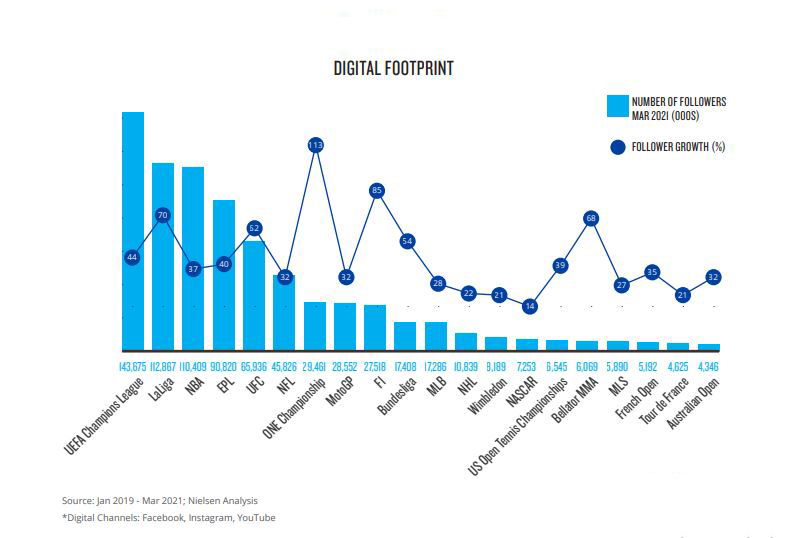 Of course a digital footprint does not tell the whole story and the Nielsen report looks at several other key metrics that measure audience size and engagement.

An increasing number of viewers are using streaming services like Netflix, Hulu, Disney+ and Amazon Prime Video to consume sporting content but that does not mean the influence of television has waned. ONE Championship has broadcast deals with domestic and international networks like TV32 in Thailand, TV5 in the Philippines,  Claro Sports in Latin America, Star Sports in India and Skynet in Myanmar.

As a result ONE Championship is ranked as the third biggest sports property in the world in terms of television broadcast reach with a score of 403,021, behind only the EPL and UCL. The UFC, which has pursued a pay per view model, is currently in sixth place with a score of 346,173. 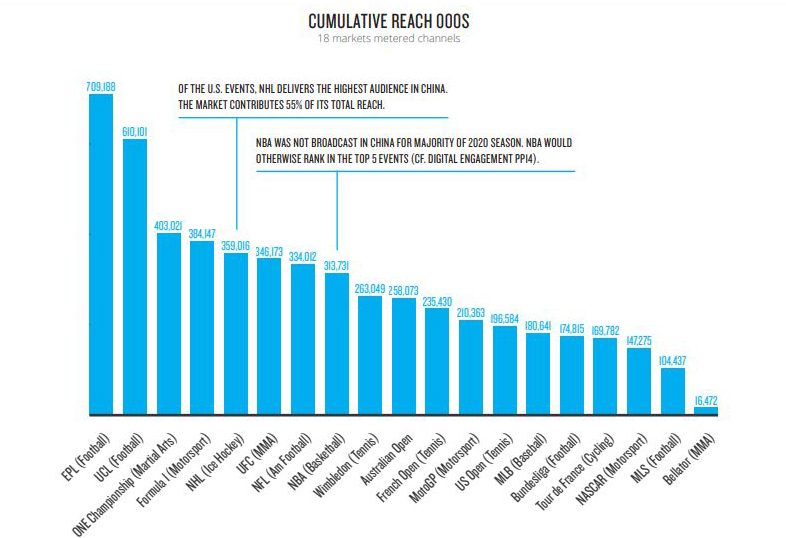 While television remains an important platform it is by no means the only one. Facebook and Instagram both saw a dramatic increase in the amount of live fitness content posted last year, possibly due to the Covid-19 pandemic.

In terms of total video views across the main social media platforms ONE Championship is outperforming some of the traditional industry giants. Chatri Sityodtong’s organization is in fourth place with 6,132mn video views, some way behind the NBA which has 14,392mn and just behind the UFC which has 6,150mn. 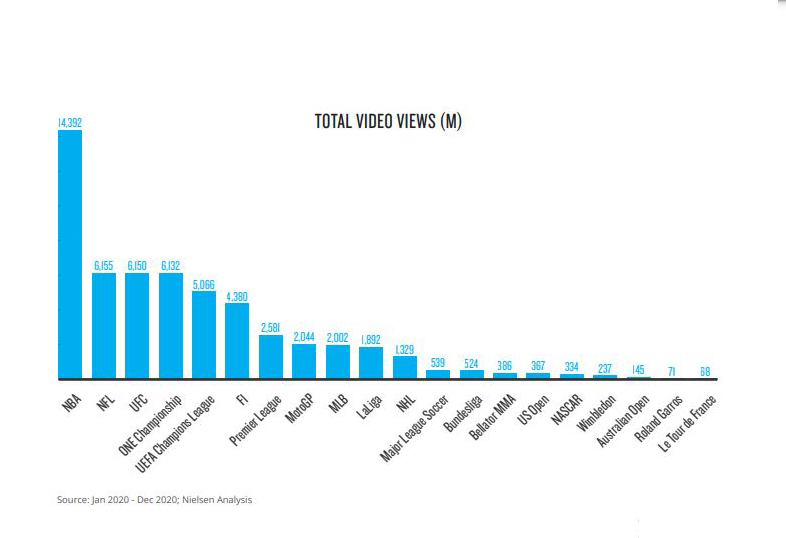 Bellator was the third organization from the world of combat sport to merit a mention. The presence of three different promotions on this prestigious list demonstrates how MMA has grown in recent years to rival sports with centuries of tradition like football, tennis and motor racing.

ONE Championship also stands out from a regional perspective. It is the only Asian based sports property on a list dominated by sporting leagues and events from the United States and Europe.

ONE Championship is barely a decade old, the first anniversary of its inaugural event is rapidly approaching. But the promotion continues to grow at a rate which, according to Nielsen, is faster than any of its global rivals from across the sporting spectrum.