ONE Esports launches with events in Singapore, Jakarta and Tokyo

ONE Championship has announced more details about its expansion into the world of esports. A senior executive has been appointed and three dates are already in the diary.

Meanwhile the the ONE Tekken Tokyo Invitational will take place on October 5th with the ONE Street Fighter Tokyo Challenge being held the following day. These events will serve as part of the buildup to ONE: ‘Century’.

ONE Esports also has a CEO. Carlos Alimurung will be responsible for designing vision and strategy, setting the company’s goals and supporting the team to execute and deliver.

Chatri Sityodtong, Chairman and CEO of ONE Championship, stated,

“I am excited to announce Asia’s largest esports world championship series. There is a natural crossover between martial arts and gaming fans in Asia (and) the opportunity to bring everyone together under Asia’s home of millennial live sports is something that we have worked very hard on.” 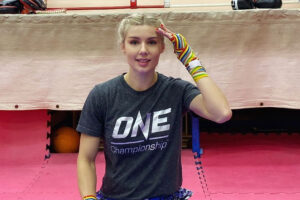