Last week it was reported that Yan Xiaonan has been forced to withdraw from her matchup with Ashley Yoder at UFC Singapore due to injury. In her place steps Randa Markos who will be a late addition to the October 26th card.

Markos was born in Iraq but grew up in Canada. She will be one of two Asian fighters on the card at the Singapore Indoor Stadium with promotional newcomer Loma Lookboonmee also in action.

Markos (9-7-1) is a TUF 20 alumni. She has been on the UFC roster since 2014 and has been in with some of the best fighters in the division including Claudia Gadelha, Nina Ansaroff and Carla Esparza.

She appears to have accepted the fight at around three week’s notice. Her opponent Yoder (7-4) comes into this contest on the back of two consecutive UFC wins.

There are currently just eight bouts confirmed for the UFC Singapore card. Controversial heavyweight Greg Hardy was recently rescheduled for a different show after his original opponent pulled out due to injury.

As previously announced Ben Askren will face Demian Maia in the main event of UFC Fight Night 162. The American is a former ONE Championship welterweight champion and has fought in the Singapore Indoor Stadium several times. 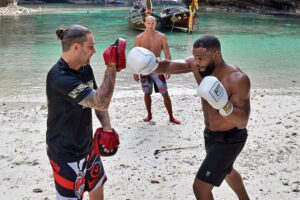 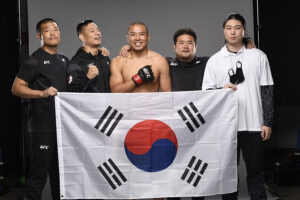 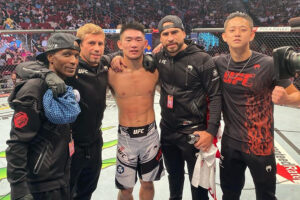