Shooto Watanabe grew up watching MMA. So the 32 year old knows the historical significance of the Tokyo Dome which will host Rizin 28 this week.

He faces Kai Asakura in the opening round of the bantamweight tournament and their fight will headline the event,

“It’s surreal that I will be fighting on a card of Japan’s biggest promotion, at the Tokyo Dome,” Watanabe said.

Opportunity knocks for all 16 competitors but Watanabe knows he is centre stage after being matched with the tournament favourite in the opening round,

“This is something unimaginable for someone like me a year ago. I’m nothing but grateful to the people who support me and Rizin staff for the opportunity. If it wasn’t for their hard work, I wouldn’t be here answering these interviews from international media,” he said. 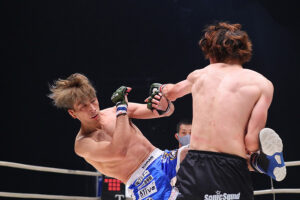 In 2012 he won a bantamweight tournament with Zst and Watanabe confirms he is a big fan of the elimination format,

“It’s a simple format and it tells the story so I personally love the Grand Prix. I feel fortunate that I get to participate in a format what people are excited about,” he continued.

The bantamweight division appears to be enjoying a golden age across all of the major promotions and Watanabe feels that this will be the perfect stage for the fighters to make a big impression,

“I think it’s a deep division and there’s so much talent. I feel that these fighters all possess not only the skills and technique to be world class, but they all have stories and personalities that draws the fans. I think many fans get emotionally attached to the Rizin bantamweight fighters,” he said. 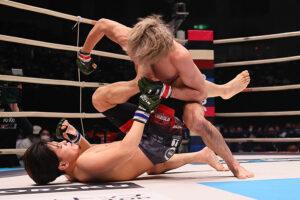 Asakura may have lost the belt to Kyoji Horiguchi at Rizin 26, but he’s still viewed as a heavy favourite going into the tournament.

“I thought that Asakura would be advantageous but Horiguchi is a fighter that is forced to be respected,” said Watanabe.

“For me, the opponent isn’t a factor for motivation. My motivation is to do my best to prepare for a fight that is put in front of me. That’s what I have been doing and that won’t change,” added the Gunma born fighter. 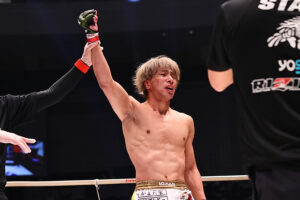 Watanabe may be the underdog going into this fight, but he arrives in good form. He’s won his last two bouts, with both opponents to succumbing to a rear-naked choke inside two rounds.

“It (my form) was a result of me focusing on the fight that has been presented in front of me and doing the best I could. So, it really doesn’t give me confidence towards the Asakura fight, but I plan to do the same, and do my best to win the fight that is put in front of me,” said Watanabe.

Watanabe acknowledges that this is fight will be a clash of styles but warns fans to expect the unexpected,

“I think this will be an easy style vs style grappler vs striker type fight. But I’m also anticipating Asakura not wanting to grapple so I have some tricks ready for that. I’m hoping that the fight turns out to be a fight nobody sees coming,” said Watanabe.