Tenshin Nasukawa will face three separate opponents at Rizin 28. The event is set for the Tokyo Dome on Sunday and will see the kickboxing star compete under modified boxing rules.

Tenshin has talked about transitioning to boxing and this looks to be a step in that direction. The fight will consist of three, three minute rounds with punches and spinning back fists allowed.

In the opening round Tenshin will face kickboxer Koki Osaki with both men weighing in at 62kgs and wearing 8oz gloves. In the second stanza he takes on the returning Kawabe Hiroya who will weigh in at 75kgs and wear 10oz gloves.

His opponent in the third round has been identified only as ‘Mr X’. If Tenshin gets stopped in any of the rounds then the fight is over.

As previously announced Mikuru Asakura booked to face compatriot Kleber Koike Erbst in a featherweight fight which will headline the show.  The lightweight title will be on the line when Tofiq Musaev takes on Roberto de Souza.

The event will also feature the first four fights in the bantamweight Grand Prix. Kai Asakura  will take on Shooto Watanabe, Naoki Inoue goes up against Shintaro Ishiwatari, Yuki Motoya faces Ryo Okada and Takeshi Kasugai has been matched with Hiromasa Ougikubo.

Also on the  card today is a featherweight fight pitting newly crowned champion Yutaka Saito against promotional newcomer Vugar Keramov in a non title bout.  The latter hails from Azerbaijan and is already in quarantine in Japan.

This will be the first time in 18 years that an MMA event has been held at the Tokyo Dome and Rizin hopes to be able to welcome around 10,000 fans. 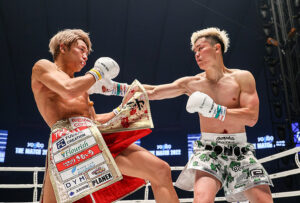